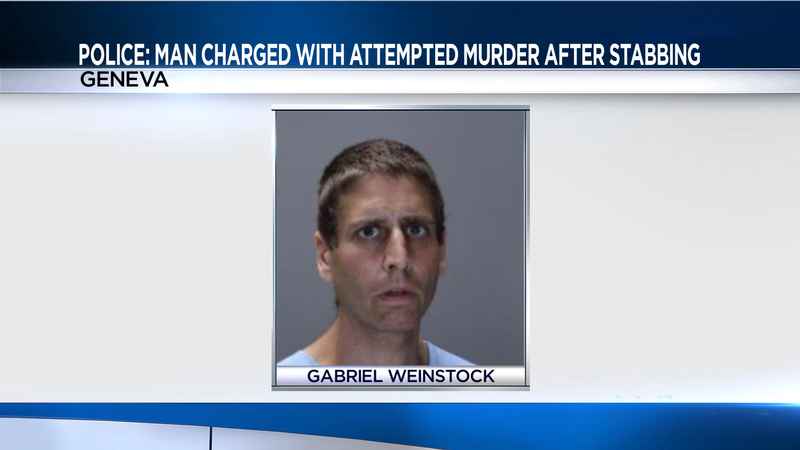 Officers responded to a home on Maxwell Avenue in Geneva for a reported stabbing around 12:45 p.m. July 17.

When they arrived, police learned the victim had already left to go to the hospital for treatment. Officers say he suffered multiple stab wounds to his upper body and was subsequently taken to Strong Memorial Hospital, where he is in stable condition.

Gabriel J. Weinstock, 43, was taken into custody inside the home. He’s being held in the Ontario County Jail.

Geneva Police say this was an isolated incident that involved members of the same family.