GENEVA, N.Y. (WHEC) — A Geneva woman is facing charges after she bit a police officer while being taken into custody for stealing from a store on Tuesday.

Shanell Magglean Eldridge, 32, is accused of stealing from a business on Wadsworth Street, then running away.

While at the store, Eldridge knocked over a display and stole items from within, and then fled the scene.

Officers found her on Middle Street, and when officers attempted to speak to her, she became irate and engaged in tumultuous behavior.

Eldridge began screaming and yelling obscenities toward the officers. When officers attempted to place Eldridge into custody for Disorderly Conduct, she fought them—biting one officer’s arm, and causing physical injury. 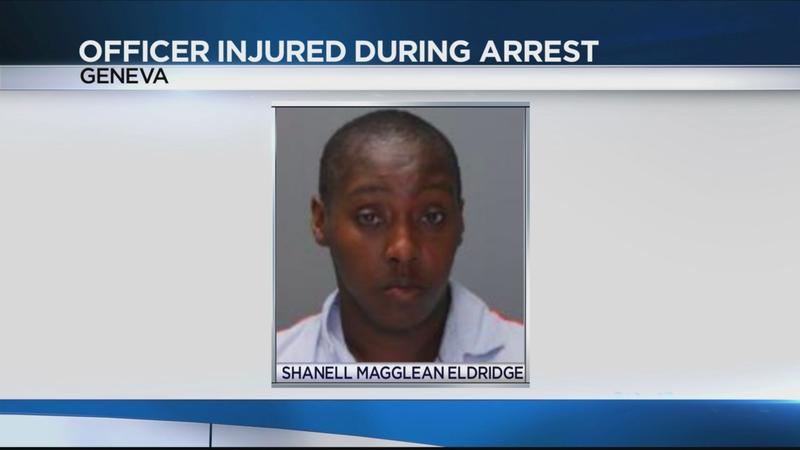 Eldridge was transported to the Ontario County Jail for arraignment. The business declined to have her charged/prosecuted. The officer was treated at Geneva General Hospital and later released.

Eldridge has been charged with disorderly conduct—a violation, and assault in the second degree—a class D felony.