ROCHESTER N.Y. (WHEC) — Let’s answer a good question about the cost of driving. This isn’t about the record-high gas prices but instead the toll you have to pay to use the New York State Thruway.

David sent me this email:

"They [state lawmakers] said that they would eliminate tolls for the summer to help offset the inflation and cost of fuels. We have not heard a thing since, what has happened to this amendment?"

What David is talking about is legislation in the state assembly. Democrat Angelo Santabarbara out of Schenectady announced the bill earlier in 2022 that would eliminate Thruway tolls in the summer months from June through the end of August.

The driving point behind the bill, of course, is gas prices. Santabarbara also argued this toll holiday would encourage tourism in the state. He said the loss on toll money to the Thruway would’ve been covered by a federal fund surplus in the state budget.

The bill didn’t go anywhere not even up for a vote. 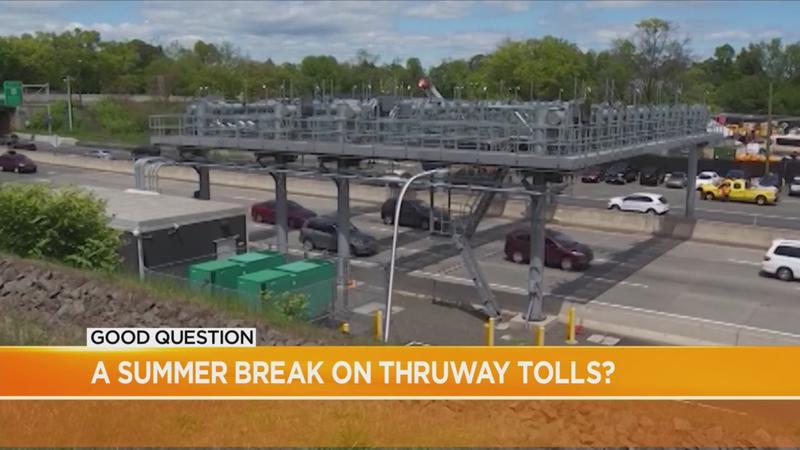 The thruway authority countered by saying:

“Removing tolls would cut off the only dedicated revenue stream used to maintain and operate our 570-mile system each and every day. The Thruway is a user-fee system supported by tolls paid by the people who use it, and not one cent of local or state taxpayer dollars pays to operate or maintain it. roughly one-third of motorists on the Thruway in the summer months are out-of-state drivers, so removing tolls gives them a free pass and shifts the cost to hard-working New York taxpayers. Our revenue must come from somewhere, and we think the fairest approach is that only those who use the Thruway, pay for it.”