ROCHESTER, N.Y. (WHEC) — Here’s a follow-up to a recent Good Question. As of this week, city pools in Rochester are open for summer. Well, most of them anyway.

It wasn’t that long ago that Paul sent me this message:

"The outdoor pool at the Genesee Valley Aquatics Center in Genesee Valley Park has been closed for renovations since early September of 2020. By appearance, things do not look promising for the pool to be open again this summer. It would be a shame for this facility not to be in use for a second year as it’s much loved by the lap swimmers, lesson takers, and the neighborhood children. I’m sure the community would like to know if we can look forward to this facility being opened this summer."

That was back in May. Back then, the city told me: "The GVP pool is scheduled to open for public use in late June of 2022."

That obviously didn’t happen. The reopening date is behind schedule. This week I was told: "At this time, the City is preparing for an early August opening of the GVP to the public."

It’s less than ideal for people who want to use it. At best, we’re looking at it being open about a month or so this season. But when it does reopen, you’ll see a huge difference. 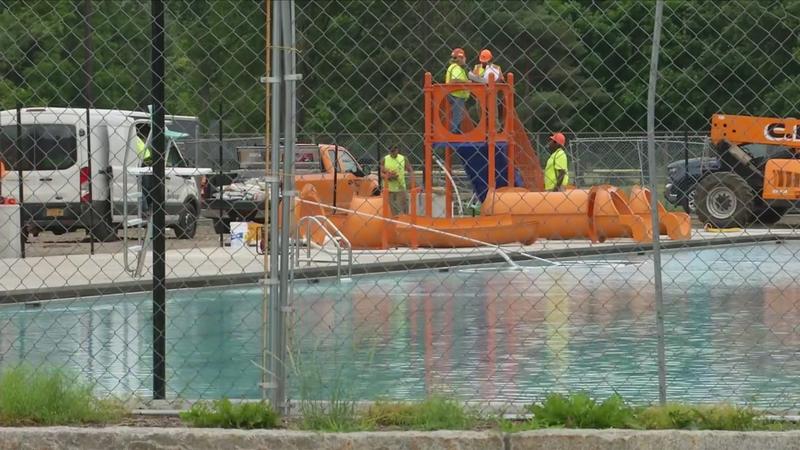 A couple of years ago, city officials put out the request for bids for "Genesee Valley Pool & Plaza Upgrades." They wanted a full revamp covering upgrades everywhere on-site including a new pool deck, lifeguard areas, drains, plus a new finish on the inside of the pool.

The complex also needed lighting upgrades and there are improvements to the plaza section itself. For now, families can use R-Center pools, Durand beach, and Ontario Beach Park to stay cool in addition to all the spray parks.

If you have a question you want Brennan to answer, e-mail him at GoodQuestion@WHEC.com.