Good Question: Can they fix the traffic ‘nightmare’ in Victor?

VICTOR, N.Y. (WHEC) — This is a problem for a lot of people trying to get on the thruway at one of our busiest spots.

A viewer who reached out calls it a "nightmare.”

It all goes back to the switch to cashless tolling on I-90. Toll plazas aren’t needed anymore. The NYS Thruway Authority has been digging those up and removing them altogether. One of the first spots crews did that is in Victor by the mall.

That’s where this problem starts, for the thousands of drivers leaving Victor each day to get on the thruway. 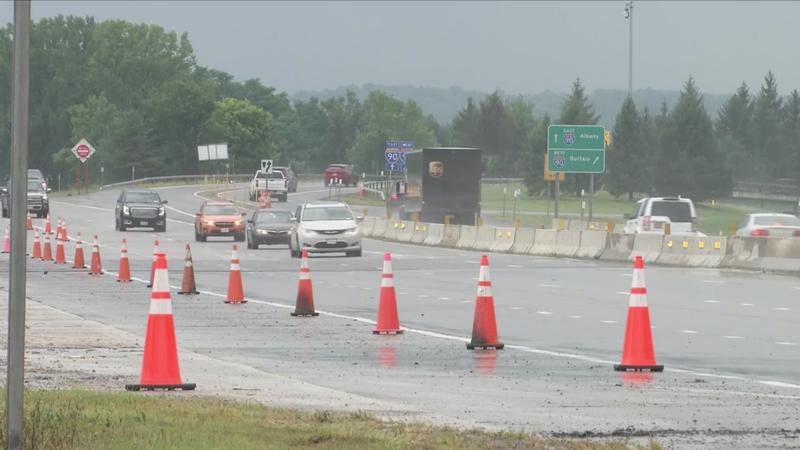 I witness near-miss accidents nightly as well as several accidents and pileups due to lack of planning or knowing you should plan to merge soon and slow down way beforehand. This has created a very dangerous area and needs to be addressed.

The Good Question team took a drive out to see this ourselves.

Here’s the issue–on 490 EB going to the mall there is an overhead sign by the Victor exit. It states drivers need to use the left lane to get to Albany or the right lane for Buffalo.

However, that’s well before you come upon the thruway itself. With no more toll booths or divided lanes where the plaza used to be, the next signs with directions are smaller and right at the exit.

Drivers say that’s not enough and people are making too many last-second risky decisions to get in the correct lane. Somers took those concerns to thruway officials.

A spokesperson sent this response:

The exit 45 interchange remains an active construction site with a posted work zone speed limit. Crews are in the process of reconstructing the interchange as part of the Thruway’s system-wide Cashless Tolling project, which is scheduled to be completed by the end of September. Permanent overhead directional sign structures will be installed once the interchange is realigned into its final configuration. Until then, the area is a work zone, and all motorists should follow the posted speed limit, be alert and use caution. As a reminder, speeding violations are doubled in New York State work zones.