ROCHESTER, N.Y. (WHEC)— In a follow up to one of your Good Questions, the city of Rochester announced Wednesday it is opening up two of its ice skating rinks for the winter, albeit, with some precautions in place.

In a release, the city said rinks at Dr. Martin Luther King Jr. Park and the Genesee Valley Sports Complex will both open for business in the coming days. MLK park opens on Saturday, while GVSC opens on Monday.

Precautions include the mandatory use of face masks or coverings, and required social distancing of at least six feet. Capacity will be cut 50 at MLK park, and 75 people at Genesee Valley.

The park was originally scheduled to open on Saturday, Nov. 21, GVSC was opened in September, but closed on Nov.25 due to rising COVID rates.

The MLK rink will be open Monday – Saturday for five one-hour skating sessions beginning at noon until 9:00 p.m., as well as on Sundays for four one-hour sessions between noon and 7:00 p.m. There will be a one hour break between each session to allow for cleaning and disinfecting, as well as to facilitate the flow of traffic and prevent overlap of participants. 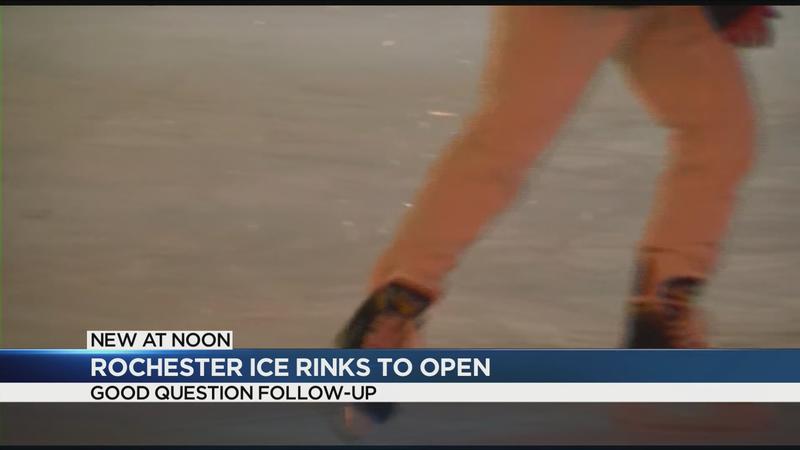 Genesee Valley will be open Monday through Sunday, Feb. 28, 2021, its lobby will be closed off.

The ROC Holiday Village, as we’ve told you before, has been called off. The goal is to bring it back later this year.

For information on skate rental rates, and other info, click here.