Good Question Follow Up: When will the work on 490 be done?

Follow up: Drivers keep asking us about all of the work and delays on 490, so when will it be done? We told you work began on the bridge over 490 in Perinton back in June. Back then, the DOT told us to expect some lane closures near Exit 26, that’s State Route 31 through August.

We reached out to the Department of Transportation again, and the DOT says construction is still on track for a September reopening.

ROCHESTER, N.Y. (WHEC)—Here’s a follow-up to a Good Question about some major road construction.

There are a lot of changes coming to the 490-390 split on the west side, and we get many good questions about it from the estimated 200,000 drivers passing through the area each day.

Tom wanted to know: Where is this new bridge going over 490 coming from/going to? 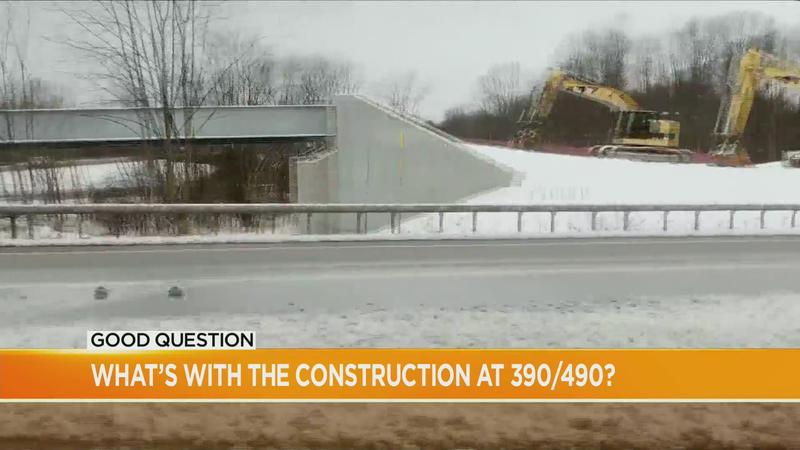 This is all part of a $150 million state project, the biggest in our region. DOT teams have been busy working on the construction in phases, as the end goal is to build a series of bridges serving as a flyover ramp to make a direct connection for drivers going south on Route 390 to I-390.

So, if you’re coming from Greece, and going to the airport or Henrietta, you’ll pass right over the interchange. DOT officials say this will help prevent crashes and cut down on your drive time.

There’s no real work actually happening now, as crews are taking a break for winter and will be back out in March. Everything is expected to wrap up by the end of the year.