Good Question: How many New Yorkers have actually been tested for COVID-19?

ROCHESTER, N.Y. (WHEC) — We received a Good Question with an answer that’s hard to track down.

A viewer sent News10NBC’s Brennan Somers an email saying: Gov. Andrew Cuomo continuously touts the "remarkable" test results for citizens of New York State. In as much as I have family members who are associated with health care, I know they have been tested more than once. Assuming this is done statewide, what is the actual number of individual tests?

The state did hit a milestone this week recording more than 10 million COVID-19 tests to date.

That’s a huge goal. But it doesn’t mean that many people have been tested for the coronavirus in New York.

So what is the real number? Somers asked the New York State Department of Health. 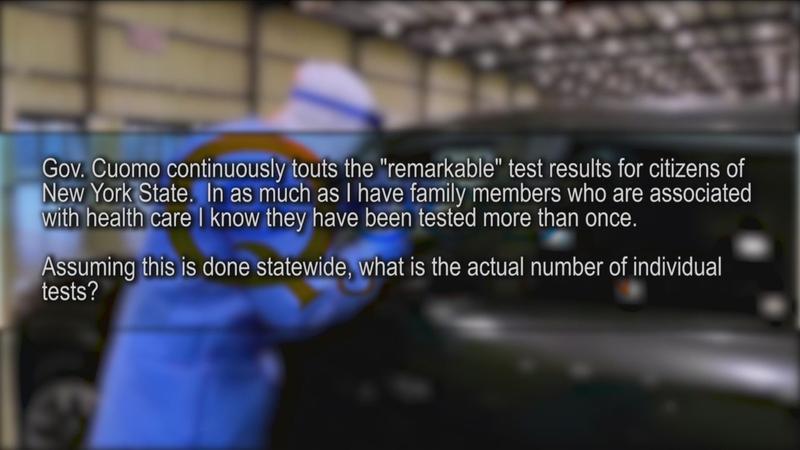 A spokesperson sent this response: “The total persons tested figure represents the number of people tested for COVID-19 in New York State. It is one test per person per day. Therefore, someone can be tested multiple times, but we only count one positive per person (the first positive).”

That’s something we already knew so Somers followed up asking, “to clarify- does DOH have a tally on total individual people tested?"

Could it be 4 million? Maybe 7 million with many people taking multiple tests?

A spokesperson responded again saying the test tally "can include people who were tested more than once" but didn’t elaborate on the true count.

If you have a question you’d like answered, send an email to GoodQuestion@whec.com.