ROCHESTER, N.Y. (WHEC) — Should you call 911 or 311? This is something that has caused confusion over the years, here locally and around the country.

The main issue of course is we need to save 911 for true emergencies and don’t want to tie up those call centers for issues that aren’t urgent. There are dedicated city and county websites aimed at letting people know when to call 911 or not. But it’s still not crystal clear for everyone.

I had my catalytic converters cut off my car. I called 911. 3 hours later an officer arrived to say they don’t take reports and that I have to call 311. How do you determine whether you call 911 vs 311?

"The 911 service is for emergencies, such as house fires and crimes in progress that require an immediate response by police, fire crews, or an ambulance. For all other city services, call 311."

In this case, the Rochester Police Department told me Chris could’ve given the report to 311 and not have to wait for an officer. RPD also sent this statement detailing how the system works:

“When calling 311 for Police related matters you are forwarded to Teleserve which is a unit housed in the Public Safety Building. The personnel who receive those calls (Public Safety Aides) will determine whether the report is appropriate to be taken via telephone or, in some instances, they may forward the call to the Emergency Communications Department(911) for them to dispatch an officer. There are a myriad of variables that should guide the call taker as to whether or not a report is Teleserve eligible or if a police officer should be dispatched. Additionally, when calling 911 the tele-communicator who receives the call should be triaging the call in the same manner." 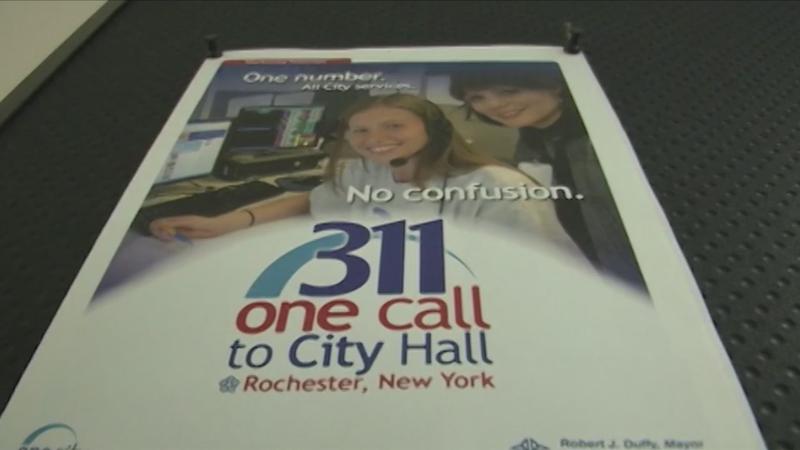 Some non-emergencies to get a police report include a violation of an order of protection and telephone harassment, among others. It could also be something that happened 5 to 15 minutes before you call and if the suspects are already gone.

City officials say if you’re ever not sure what to do, you can always call 911 and they’ll get you to the right contact.