Good Question: What are they doing on 390 Southbound?

Not some small project like filling potholes or closing off part of a city street. This is much bigger, on the interstate.

Springtime means it’s time to open construction season. A viewer named Todd reached out to News10NBC’s Brennan Somers about some work on 390 South of the state thruway.

He wanted some more answers as to what’s going on. Todd wrote:

Todd’s right. There were growing pains last year and drivers face delays this year too. There are more lines of orange cones. Traffic cut down to one lane at times with crews hard at work.

This is the 2nd half of a big state project, worth 32 million dollars. The work zone covers a 10 and a half-mile stretch of interstate. 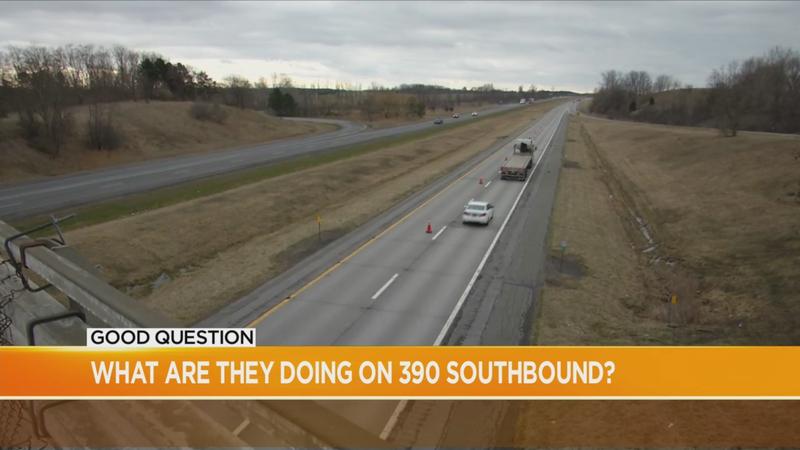 From Route 5 & 20 in Avon, running up to the state thruway in Henrietta, workers are going back over and covering the old concrete surface that’s just simply worn out – with asphalt.

They spent much of last year doing 390 North. Then took a winter break.

Now they’re back, on the other side. This is something drivers will have to deal with throughout the rest of the year. The dot tells me everything remains on track with the schedule.

The work on 390 southbound lanes and ramps should be done by fall, thanksgiving at the latest. The NYSDOT told Somers everything remains on track with the schedule.