Good Question: What’s with the work on East Avenue?

ROCHESTER N.Y. (WHEC) — Let’s answer a good question about some road work happening along East Avenue, including next to News10NBC’s station.

“East Avenue has been under construction near the station. [I] overheard [a] worker saying they are doing testing for something? Is there a website for learning about city street projects?”

There is an easy place to get updates on the work but first, what’s going on along East Avenue?

Crews are busy working on the Water Main Extensions and Improvements Project. This got started back in October. The city says the goal is to replace water mains that have a history of breaks and those that just aren’t good enough when it comes to fighting fires.

The new water mains come with new hydrants as well. Here’s a statement from the city:

"[The] project involves replacing water mains that are structurally deficient, i.e. have a history of repeated breaks. This project also aims to replace water mains that are not capable of providing sufficient water quantity needed for fire-fighting purposes. Included with the new water mains are new fire hydrants and water services (from the water main to the curb stop)." 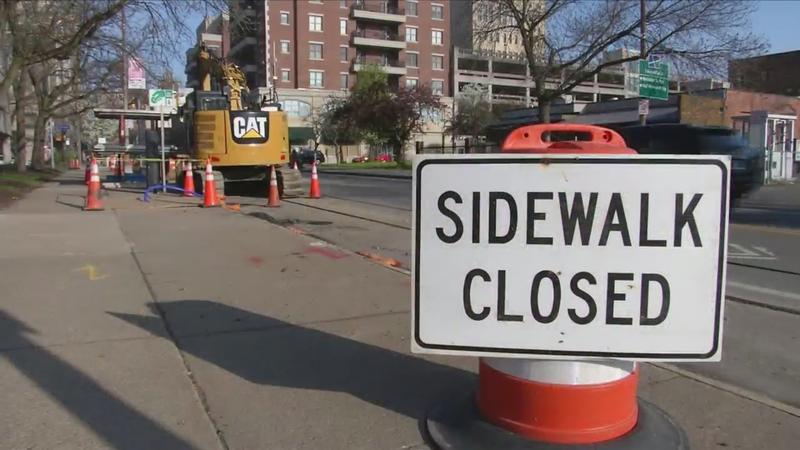 Here are the four spots around the city where this is happening. The work on Grand Avenue and Villa Street is done. Everything passed the city and county testing requirements.

Next up, as I mentioned, is East Avenue which started this spring. Then crews will move to part of Alphonse Street.

The current water main work is scheduled to wrap up in the fall. You can always follow updates on the city’s Street Beat page for what’s happening in your neighborhood.