Good Question: Who sets the schedule for the Irondequoit Bay Outlet Bridge?

ROCHESTER, N.Y. (WHEC) — News10NBC’s Brennan Somers recently received a Good Question about a sign of the changing seasons in our area — the swing bridge at the Irondequoit Bay.

Here’s the short answer to that — permits issued by the U.S. Coast Guard set the schedule. Those haven’t changed.

County officials told Somers the Coast Guard came up with the dates when the bridge was built back in 1998. The season for when the bridge swings open to drivers where Culver and Lake roads meet runs from Nov. 1 through March 31.

It’s always been that way. Somers did ask Coast Guard officials if they could elaborate on why they picked those dates so many years ago and if there’s more to it than finding the best window based on the weather. No response yet. 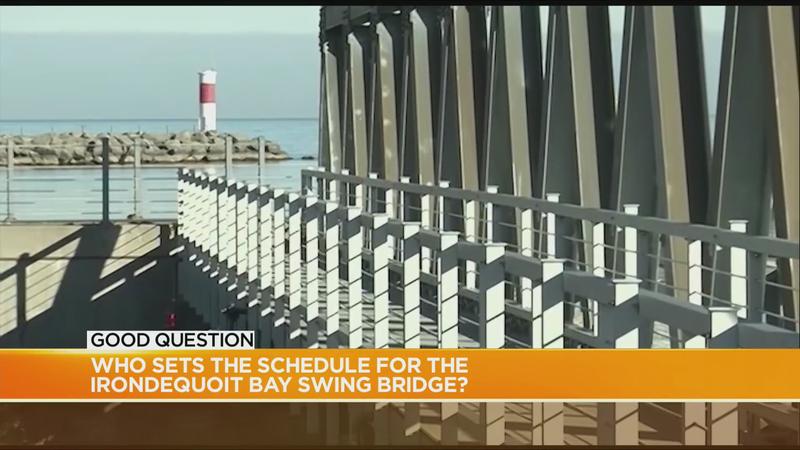 There is one caveat with this. If the dates fall on a weekend, crews will open or close the bridge on the next closest weekday after that.
It happened this fall on Monday, Nov. 2.