ROCHESTER, N.Y. (WHEC) — Are you heading out of town with the family for the holiday weekend by taking a trip down the Thruway?
You may pull off at one of the rest stops. Those service areas are in for a major overhaul starting this year.

Are you paying for it? Are any jobs on the line? News10NBC’s Brennan Somers looked into it.

It’s a 33-year contract worth $450 million to rebuild, renovate, and run every service area along more than 500 miles of interstate.
It won’t cost you anything–not through tolls or taxes. It’s essentially a lease. Empire, the winning bidder, is renting the land from the Thruway Authority.

The private group makes money off what’s sold in the rest stops and the thruway authority gets a cut coming in a 0.84 % of sales. The contract guarantees the thruway gets at least $51 million but Empire estimates that the final total could be closer to $85 million. 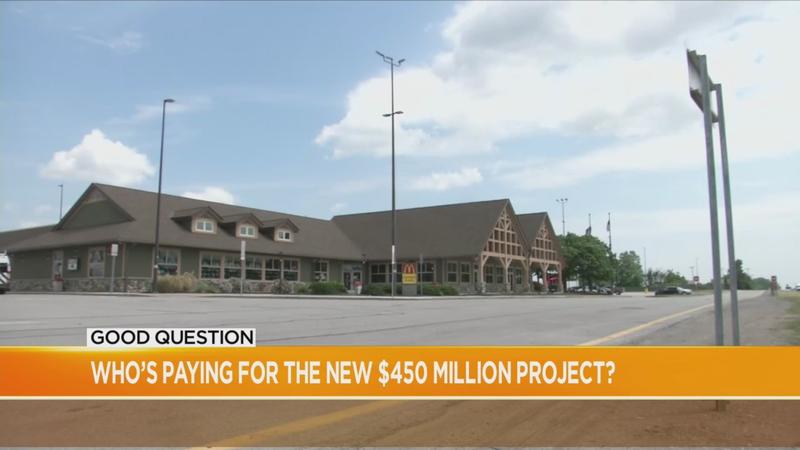 As for the 27 service areas, Empire must rebuild 23 of them and upgrade the other four.

A viewer named Ken asked Somers about workers: I had heard the Thruway rest stops were bought by another company and were going to rebuild them all. The close date for all stops was to be July 29th. Therefore all employees lose their jobs. Any help would be great.

Somers found some recent WARN notices with the state.

A group called HMS Host Family Restaurants, which runs some of the plazas currently, gave more than 400 employees a heads up that they are losing their jobs in July.

There’s another WARN notice from Delaware North addressing more than 120 pending summer layoffs at its local rest stops. Closest to us we have Pembroke, Scottsville, and the Seneca site in Victor. That notice does not specifically mention anything about plans for rehiring.

Somers did get a statement from Delaware North.

“To ensure continuity of service, Applegreen has expressed interest in hiring Delaware North’s associates, including those who are working at travel plazas scheduled to be closing for construction. Delaware North is in communication with Applegreen representatives to ensure a smooth transition, and Applegreen will be sending letters and meeting with our associates in June.”

As for actual construction, it starts for 16 plazas beginning this summer.