Good Question: Why is the Erie Canal water still low in some spots?

ROCHESTER, N.Y. (WHEC) — Where’s the water? That’s what News10NBC’s Brennan Somers has been hearing in recent days from people out and about along the Erie Canal.

It’s open for the season so what’s the issue with water levels in some local communities?

Somers got in contact with the NYS Canal Corporation. Recently, crews were out on the west side of our region working on a stretch closed between Spencerport and Holley so they could do some maintenance in Brockport.

That all wrapped up around Memorial Day Weekend.

The whole system, 524 miles, is now open for the season. But on the east side, there is one lingering issue keeping the water levels lower than where they should be which is keeping certain boats from passing through near the Macedon and Palmyra border. Early last month, we told you about a bank of a creek leading into the canal that suddenly gave way. 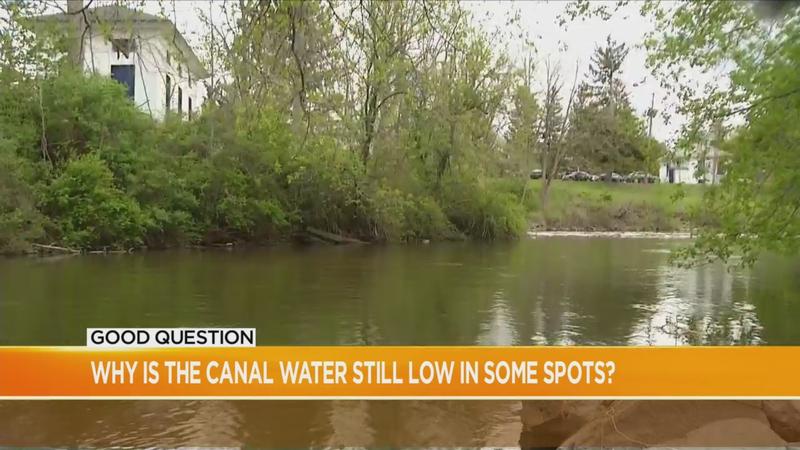 Crews have installed an aqua dam allowing them to put enough water between Locks 29 and 30 so vessels with less than 5 feet of draft can go through.

They hope to have approval from the state and US Army Corps of Engineers to get this done this month. Then they can raise the water again and more boaters can pass.