Good Question: Why is the water still high in the canal?

ROCHESTER, N.Y. (WHEC) – You had a Good Question about the Erie Canal.

It’s one of our most iconic landmarks and attractions. Like clockwork, every spring they fill it with water and then they drain it in late fall for winter. But something has changed with all that.

Kim took noticed and reached out to News10NBC’s Brennan Somers: I was just curious as to why the Erie Canal hasn’t been drained yet this year. I believe it usually happens in mid-November. I was along the canal yesterday in Brockport, still full as can be.

Here’s the thing, the canal has been pretty full west of Rochester. It’s been at near summer levels.
Go east to Pittsford and Fairport– it’s drained. What’s the deal?

For many decades crews would empty the canal essentially all at once to shut down for winter. They’d pick a point on the calendar and let everyone know this is it for the year. See you next spring. Then that changed last year. It’s all part of a state campaign called "Reimagining the Canals.” The goal is to boost tourism and business with fishing throughout Monroe, Orleans, and Niagara Counties.

So from now on during the season and through a good bit of each December they’ll keep the water high in these sections of the canal and periodically release it. The canal water feeds into streams, the fish take notice and run in from Lake Ontario, and then it’s go time for anglers. This is just wrapping up for the year now. All the water is getting drained 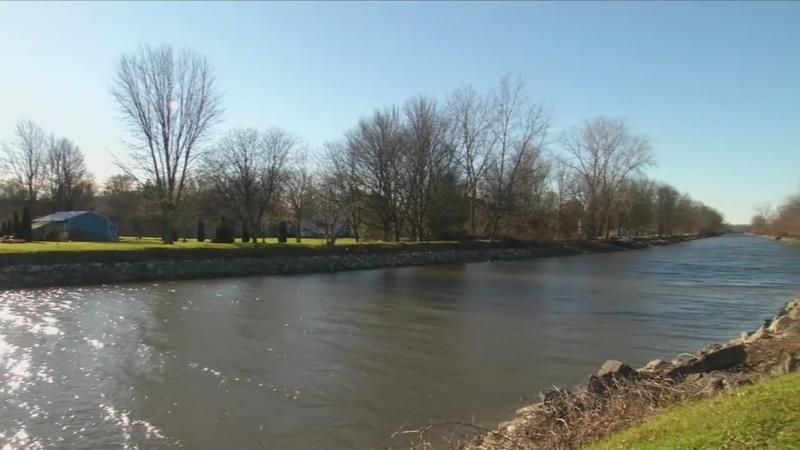