The signing happened at the Northeast Bronx YMCA at 10 a.m. Lieutenant Governor Antonio Delgado, Buffalo Mayor Byron Brown, and elected officials from the Bronx joined the governor at the ceremony.

Some of the bills signed were proposed in response to the shootings in Buffalo and Texas, while others have been proposed for over a year. The ten bills are:

Hochul said that the state is still mourning the loss of ten people who died during the shooting at Tops Supermarket in Buffalo on May 14. She said the signing of the bill was dedicated to the victims of mass shootings and also to the victims of random acts of violence in Rochester, Syracuse, New York City, and elsewhere across the state. 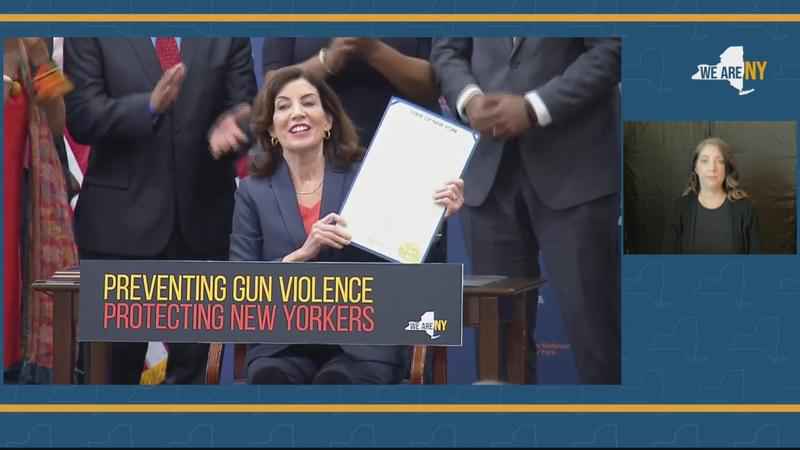 You can hear a local gun store owner’s reaction to the new legislation on our website and watch our coverage of the legislation’s passage.