The red flag law allowed certain people, from police to parents, to file a petition removing guns from someone they considered to be an immediate risk.

In the nearly two years of the law, there had not been one filed in Monroe County. But that has changed since the mass shooting in Buffalo.

"It just keeps happening. Shots ring out. Flags come down. And nothing ever changes," Governor Hochul said at her bill signing event Monday morning. "Except here in New York." 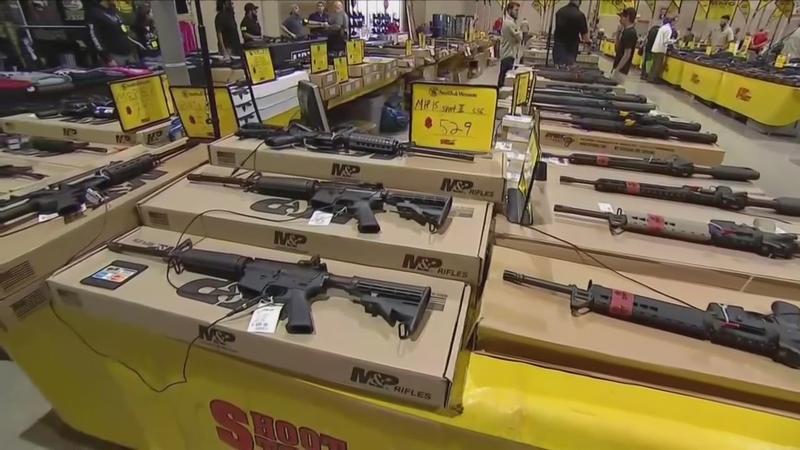 The bills the governor signed today include a ban on body armor for citizens, holding social media companies accountable for hate posts, making the threat of mass harm a crime, and raising the age to buy a semi-automatic weapon to 21.

Police say the alleged shooter in Buffalo legally bought an AR-15 rifle in New York after he turned 18 and less than a year after State Police arrested him on a mental hygiene case.

"This is a day that the families of the victims in Buffalo have asked for," Buffalo Mayor Byron Brown said.

The enhanced red flag law makes police and district attorneys file extreme risk protection orders if they think a person is likely to cause serious harm.

And now doctors and nurses can file them within six months of seeing a patient.

"I think what you’re going to see more now is not only the filing of these applications, I think judges are going to uphold these temporary orders a lot more based on recent events," said Derrick Hogan, partner at the law firm Tully Rinckey.

Before the shooting in Buffalo, courts approved a temporary order to a full order about 40 percent of the time. That percentage has not changed since Buffalo.

Since the mass shooting there, two more ERPOs were filed in Genesee, Ontario, and Wayne Counties.

Here are the new gun laws and the effective date:

Raising the Age to Purchase Semiautomatic Rifles – This act shall take effect on the ninetieth day after it shall have become a law and shall apply only to purchases or transfers of ownership made on or after such effective date.

Microstamping – This act shall take effect immediately, provided, however, that section three of this act shall take effect 4 years after the certification that microstamping-enabled pistols are technologically viable by the division of criminal justice services or a designee or 1 year after a person, association, partnership, corporation or other entity has been licensed to engage in the business of servicing firearms and their components to ensure compliance with the requirements of this act, whichever is earlier.

Legislation S.9456/A.10504 expands the definition of a "firearm" to include any weapon not defined in the Penal Law that is designed or may readily be converted to expel a projectile by action of an explosive. – 30 days

Legislation S.4970-A/A.1023-A requires enhanced reporting by law enforcement to the state and federal gun databases. Agencies must report seized or recovered guns to the criminal gun clearinghouse; participate in the ATF’s collective data-sharing program; and enter the make, model, caliber, and serial number of the gun into the national crime information center.

The law also requires gun dealers to enact uniform security and reporting standards. It prohibits those under 18 and not accompanied by a parent from entering certain locations of a gun dealer’s premises and requires training for all employees on conducting firearm, rifle, and shotgun transfers, including identification of and response to illegal purchases. It also requires State Police to conduct inspections of gun dealers every three years.

This act shall take effect on the one hundred eightieth day after it shall have become a law. Effective immediately, the addition, amendment and/or repeal of any rule or regulation necessary for the implementation of this act on its effective date are authorized to be made and completed on or before such effective date.

Legislation S.4511-A/A.7865-A requires social media networks in New York to provide a clear and concise policy regarding how they would respond to incidents of hateful conduct on their platform and maintain easily accessible mechanisms for reporting hateful conduct on those platforms 180 days

Legislation S.9465/A.10501 creates a new Task Force on Social Media and Violent Extremism. Housed in the Office of the Attorney General, the Task Force will study and investigate the role of social media companies in promoting and facilitating violent extremism and domestic terrorism online. Immediately provided, however, that section one of this act shall take effect on January 1, 2023.