ROCHESTER, N.Y. (WHEC) — A Monroe County Grand Jury decided not to charge the Rochester Police Officer who shot Tyshon Jones outside of the Open Door Mission in March.

Rochester Police Officer Matthew Drake, a 13.5 year veteran of the RPD shot and killed Jones 29 on March 10. Jones was armed with a large knife and was cutting himself with it as well as threatening to kill officers. Body camera footage shows he moved toward police while armed with the knife before Drake shot him five times, killing him.

On Friday the Monroe County District Attorney’s Office announced that a Monroe County grand jury found no cause for action against Drake in Jones’s death.

The District Attorney’s Office said the jury was presented evidence, including body-worn camera footage, video footage from the Open Door Mission at 210 West Main St. and witness testimony and determined that Drake’s conduct was justified.

The DA’s Office says no criminal charges in Jones’s death will be forthcoming. 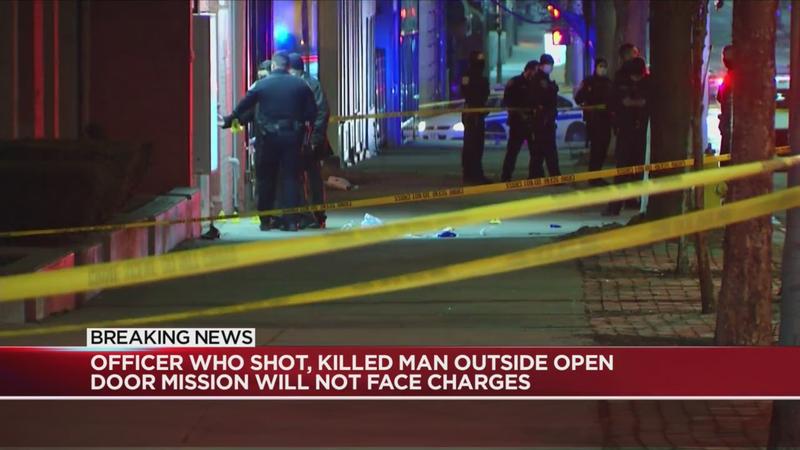