Twenty-year-old Shadad Alghaithy and 28-year-old James Hampton are accused of locking the girl in the store at 95 Central Park on March 19.

Wednesday News10NBC’s Raven Brown spoke with that mom who said she’s glad others are speaking up and asked that we blur her face and just use her voice for this story.

“Really devastated because it really took me for this case to hit for something like this to happen and for people to come forward,” the mother said.

The mother of the young girl raped at a corner store on Central Park is still trying to come to terms with what happened and says it’s been an emotional time. 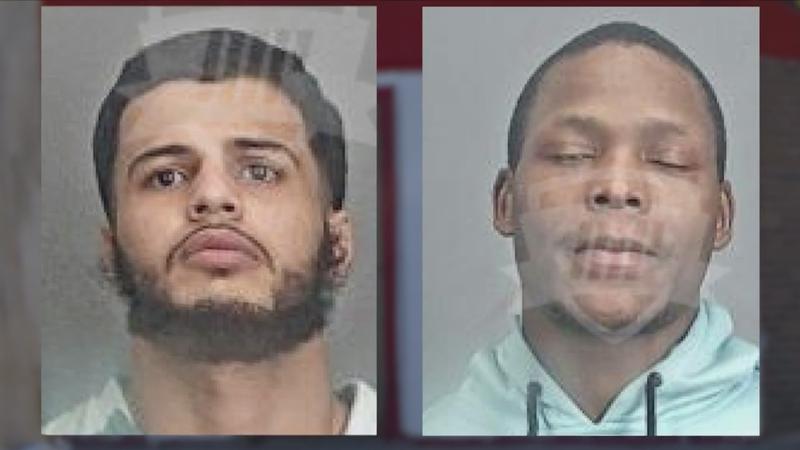 “My daughter is traumatized from this. You know, she’s very scared of men. She don’t like going nowhere by herself,” the mother said.
“She’d be in a room all the time and it’s like it’s very devastating because I wasn’t there to protect her at the time.”

In her statement to police, the girl said she went to the corner at Central Park and Scio to get hair gel.

She said Alghaithy asked for her number, she said no and told police he took his arm, wrapped it behind her neck, pulled her into a back room and raped her.

“All because it is one day I sent her to the store for some gel that really made me livid because I’m like, now I can’t see her nowhere by herself because I don’t know who might do the something next,” the mother said.

Court documents allege Hampton locked the door and stood as a lookout. The Grand Jury indictment brought several new charges, many of them involving the new victims that came forward.

The District Attorney’s Office breaks down the charges:

“That’s the part that got me all messed up and it wasn’t just one,” the mother said. “My daughter wasn’t the only person. But I mean, I’m glad that people are, you know, coming together and coming forward and I hope that it can stay like this for the rest of the kids and keep these other kids safe away from these people. Instead of just being all type of negative and violence and all of this, we should all come back to as a community because we are all family, you know?”

Alghaithy is a level 2 sex offender and shouldn’t have been working at the store as it was close to a school. The case sparked Monroe County to launch a review of how the probation department’s handling of this case and the supervision of 200 registered sex offenders.

The store has since been shut down by the city. Her mom said now it’s time to heal.

“All I know is that it’s some sick people out here and people just need help and that really traumatized my daughter and now she has to live with that for the rest of her life,” the mother said.

The mom told News10NBC that right now they are trying to get some mental health services set up for her daughter.