GREECE, N.Y. (WHEC) — The Greece Central School District announced Tuesday that they are dealing with vandalism linked to the "Devious Licks" TikTok challenge.

The district says they first started seeing damage in some bathrooms last week.

They initially had to close some bathrooms to fix toilets and sinks but this week, the school has a new system.

Some schools in the district are keeping certain bathrooms closed. Students are told which facilities are open during the morning announcements and adults have been assigned to monitor open bathrooms.

This method has apparently reduced vandalism. 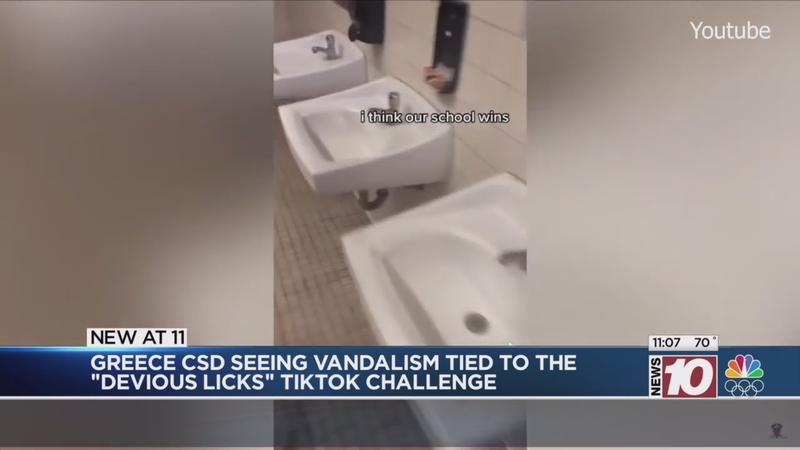