GREECE, N.Y. (WHEC) — Greece’s police chief is off the job over the crash of his police vehicle, and now this could become a political issue.

Greece’s Town Supervisor, Bill Reilich, says Police Chief Andrew Forsythe was placed on administrative leave Saturday over the crash of his official vehicle early Thursday morning. The Monroe County District Attorney’s office is investigating the incident, and now the supervisor’s political contender is questioning how it was handled.

Jim Leary, a Democrat, is running against Republican incumbent Bill Reilich in the election next week on Nov. 2. Leary tells News10NBC that he feels the investigation into the crash was handled "irresponsibly," but Reilich says things were done by the book.

"We’re not coming to any conclusions until the investigation is done. We’re dealing with facts, not rumors,” Reilich said. 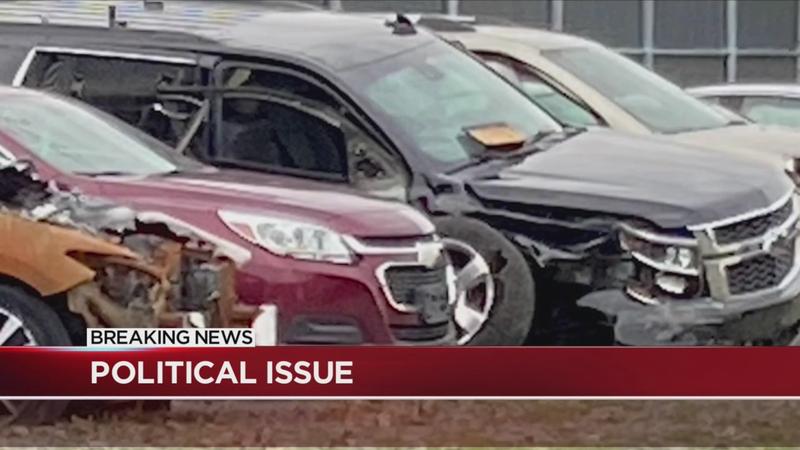 "We don’t need another black eye on this police department, this department has gone through more than any department should,” Leary said.

Leary says he was a police officer in the Town of Greece for 29 years serving from 1986 to 2015. He says he does not want his official press release that was sent out Sunday afternoon to give the wrong impression that he is questioning the department’s investigative skills.

"I have the utmost faith and confidence that they can conduct an investigation. I just think it was nonprofessional for the town supervisor to not immediately to call in an outside agency,” Leary added.

"Being a former policeman, he would know how investigations go forward. You gather all the facts and all the evidence, and upon a conclusion, to come to a conclusion,” Reilich also added.

The Greece Police Department reports Chief Forsythe swerved to avoid a deer Thursday morning and crashed into a guardrail. The department says Forsyth couldn’t radio in at the time so he drove his damaged SUV away from the scene. The district attorney’s office confirmed to News10NBC that some of its investigators were at the scene of the crash Sunday morning. Reilich says Deputy Chief Jason Helfer will be taking over during the investigation.

We did reach out to the Greece Police Department again asking for a comment or statement from Deputy Chief Helfer and have not yet heard back.