GREECE, N.Y. (WHEC) — The Greece Police Department has charged the driver of an SUV involved in a crash on West Ridge Road Saturday night that killed two people. Renee Alger was charged with driving while intoxicated and was also issued several traffic tickets.

Greece Police say Trystan Sylvester, 23, of Greece was driving her motorcycle westbound on West Ridge Road when the oncoming SUV driven by Renee Alger of Hilton attempted to make a left-hand turn onto 390 North.

Sylvester’s motorcycle struck the passenger side of the SUV, ejecting the motorcyclist, according to police.

She was pronounced dead at the scene.

The passenger in Alger’s SUV, her 54-year-old husband Charles, suffered critical injuries and later died at the hospital. 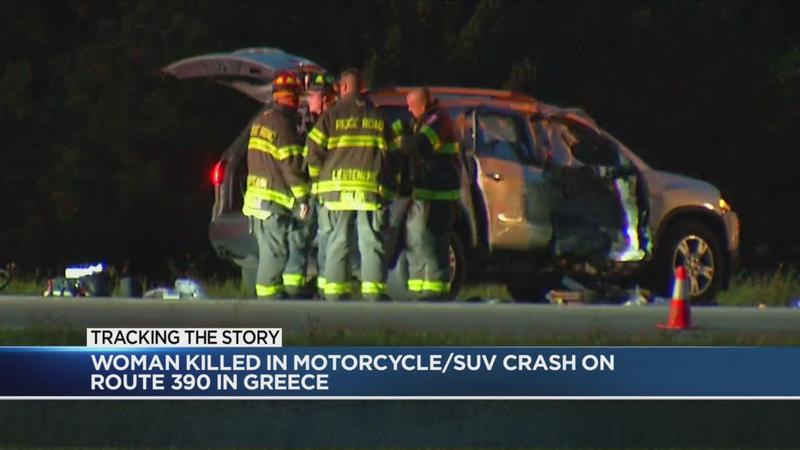