Wood’s appointment comes the same day as his predecessor, Andrew Forsythe, is arraigned in court on drunk driving and leaving the scene of crash charges. Forsythe resigned from his position on Oct. 25, just two days after he was placed on administrative leave.

During Wood’s introductory news conference, Reilich said the town’s internal investigation into Forsythe is nearing its end, and briefly commented on the legal process stemming from Forsythe’s crash. 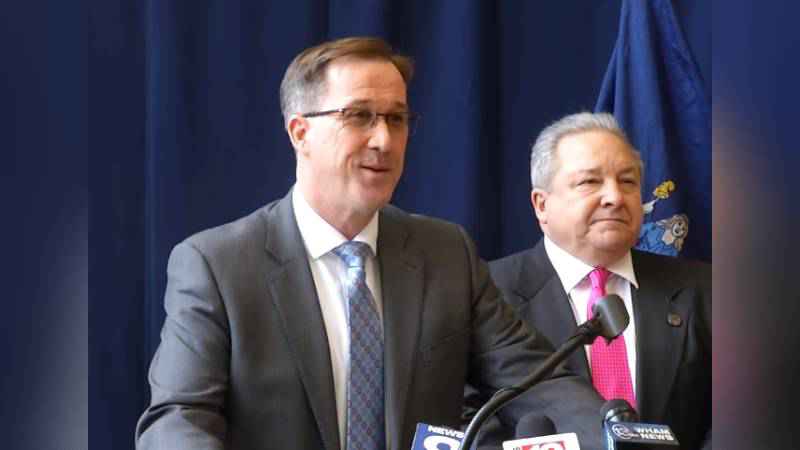 Mike Wood (left) speaks at the podium during his introductory news conference on Dec.16, 2021[News10NBC]

But then, the focus turned to Wood.

"The actions of a few do not determine the integrity of the department," Reilich said.

Since 2014, Wood served as Deputy Commissioner of the New York State Division of Criminal Justice Services. Before that, he served in his deputy chief role for three years. He got his start with the RPD back in 1987.

Wood said he’s committed to building trust within the department, and the community. He said it is going to take action, and not just words.

"I’m going to come in, do the right thing, and expect that from others." Wood said.

Wood will take over officially on Jan.10