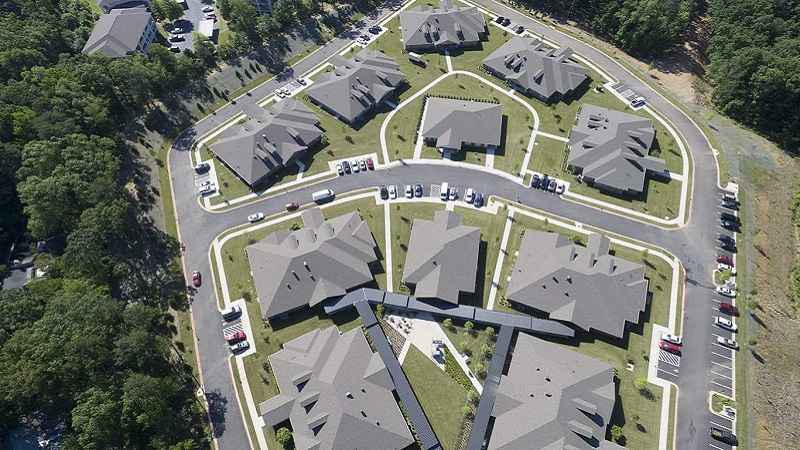 ROCHESTER, N.Y. (WBFO) — The Green House Project, a national network of small nursing homes, has received plenty of attention for its low rates of COVID-19 during the pandemic. A University of North Carolina at Chapel Hill study recently called it a “promising model” for the reinvention of nursing homes in a post-pandemic world.

But just how replicable is it? Providers and advocates say there are still plenty of financial hurdles to cross before more nursing homes look like Green House homes.

(This is the second in a two-part series examining Green House homes as a potential solution to the long-term care crisis. The first part, which examined how Green House homes kept COVID-19 cases and deaths low, is available here.)

To hear John Ponthie tell it, you have to visit a Green House Project nursing home to truly know what they’re like.

Ponthie is a managing member of Southern Administrative Services, which operates five Green House campuses in Arkansas. It’s a for-profit company that owns 25 traditional nursing homes in addition to its Green House homes.

“It can be a beautiful, functional, economically-sensible thing,” Ponthie said.

But Ponthie is in the minority. Only 18% of Green House homes are run by for-profit companies, compared to 70% of nursing homes nationally.

This lack of interest from for-profit providers is just one of the financial roadblocks that may prevent the Green House model, currently in just 300 nursing homes nationwide, from being replicated widely across the country.

“I don’t know if they cost a fortune to go into those places, that’s going to be the issue,” said Dr. Nancy Nielsen, a senior associate dean for health policy at the University at Buffalo’s Jacobs School of Medicine and Biomedical Sciences. “Is it really something that can be replicated widely enough?”

Ponthie heard plenty of naysayers when his company first started exploring the idea of creating Green House homes over a decade ago.

“Everyone told us you can’t do it, pooh-poohed it,” he said. “So it just made us want to do it more.”

Many for-profit providers are turned off by Green House homes’ construction costs, high standards of care, and potential liability risks that come with things like allowing residents’ 24/7 access to the kitchen, according to Ponthie.

They’re also hesitant simply due to the fact Green House homes are different from a traditional nursing home.

“You put those things in the mix, and it more than neutralizes, in my opinion, the extra costs that you experience,” Ponthie said.

Plus, most Green House homes are not operated in a vacuum. They’re typically part of a larger nursing homes system. The 20-bed Green House campus in Fairport, for example, is under the umbrella of a separate 450-bed facility 10 miles away.

“You can have 10 cottages, 10-to-12-person cottages on one campus and have economies of scale having 120 elders on that campus,” Ponthie added.

Of course, for-profit providers in and of themselves aren’t a perfect solution. A recent report by the New York State Attorney General’s Office found some for-profit nursing homes transfer funds to related parties rather than invest in staffing and personal protective equipment.

“I do think that it does require a mindset shift. It really requires us to think about things differently,” she said.

Most nursing homes residents in the U.S. pay through the Medicaid program, whether because they’re low-income or they’ve already spent all their assets.

Most Green House home residents pay out of pocket.

Lindsay Heckler, an attorney with the Center for Elder Law and Justice, a nonprofit legal agency in Buffalo that assists low-income older adults, said Green House homes should be available for all residents, not just those who can afford to pay out of pocket.

“People who are on Medicaid, people from communities of color, they’re more likely to go into one of these nursing homes that are lower rated,” she said. “So with the Green House model, there has to be an intention to making sure it is open to every potential resident, not just private pay. The model has to be designed as such that folks with Medicaid have the opportunity to live there and are not discriminated against.”

Ryan said a Green House home’s percentage of Medicaid residents depends largely on how much their state reimburses them for it.

“There are some states that do a much better job than others, that make it a little more feasible to have a higher percentage of Medicaid than other states,” she said. “We’ve got to create models that fit within our current reimbursement structure and we can’t just create models that if you have the wherewithal to pay privately, you’re golden.”

Medicaid incentives could be key

So, how do you create more Green House homes and make them accessible to all residents?

Increased Medicaid reimbursement rates, according to the AARP. The older adult interest group released a report last month recommending policymakers use Medicaid funds to incentivize providers to both build Green House homes and fill those homes with Medicaid residents.

Hanse said there’s about a $56 per day shortfall between what New York provides nursing homes for a Medicaid resident and the actual cost of caring for that resident. Meanwhile, New York aimed to cut $2.5 billion in Medicaid spending last year.

“The paradigm will have to change where policymakers view long-term care as an investment, as opposed to a budget expense,” he said.

WBFO asked Gov. Andrew Cuomo’s administration, which has faced widespread criticism over its handling of nursing homes during the pandemic, about incentivizing small nursing homes via Medicaid. In a statement, a spokesperson said the state calculates Medicaid rates based on a uniform methodology, but does allow for some flexibility, depending on a nursing home’s level of care and its building characteristics.

Ponthie said lawmakers across the country need to rethink their approach.

“If they look at this pandemic, ‘Oh, man, we feel so terrible for the elderly.’ They made a conscious decision to underfund long-term care, and what they get is what they got,” he said. “So the Green House comes along and says, ‘With this funding we can create this environment of care that’s better quality of life, better quality of care, better quality of work life, and it’s much safer and better for elders.’ And, quite frankly, it’s more dignified.”

“I mean, the problem is the industry has never really been penalized for poor and even inhumane treatment of residents,” he said. “So they don’t change their model.”

The future of Green House homes

Ryan said the Green House Project has received a lot of new inquiries during the pandemic, but more so from interested families than potential providers. She feels providers are still reeling from the pandemic and may be hesitant to try anything new right at this moment.

“Everybody craves the comfort zone, self included. I mean, I want to go back to the pre-pandemic way of life,” she said, “but I think that this has created an opportunity that we’ve got to stare it right in the face and say, ‘We can do better, we must do better.’”