Healthcare workers wonder when NYS healthcare bonuses will be paid

ROCHESTER, N.Y. (WHEC) — Frontline healthcare workers who were promised bonuses as part of this year’s state budget are wondering how soon they’ll see the money.

News10NBC has been reporting on these bonuses since they were passed as part of the budget but the New York State Department of Health still doesn’t have any further details as to when the process will be set up for employers to claim the money on behalf of their employees.

Gov. Kathy Hochul has been bragging about the bonuses since the budget was signed.

“We need to stop the hemorrhaging of health care workers let’s start by stopping the talk about "we owe them a debt of gratitude" and pay them some of that debt,” she said on April 4.

A few weeks later, she brought it up again at a press conference. 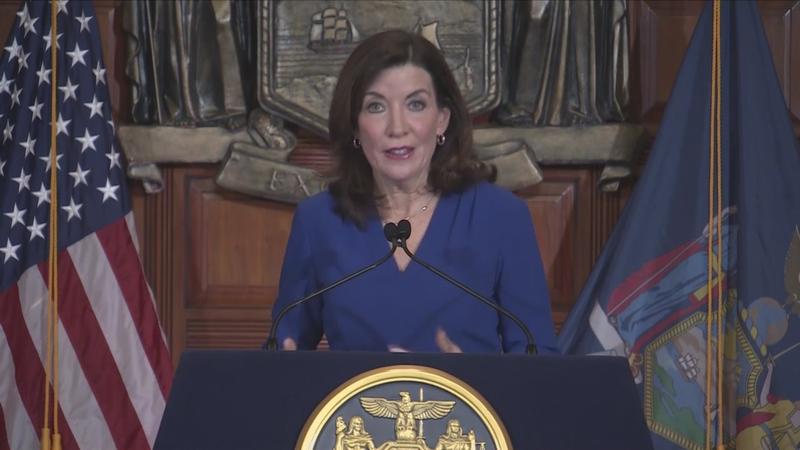 “Right now we can put this (money) in the pockets of our health care workers and just say thank you, so that’s exactly what we’re doing,” she said on April 20.

“It sounds great but now, where is it,” wondered Michelle Aliffi, a dental hygienist who qualifies. When she and her co-workers asked their employer about it, “they were just as baffled as we were, they didn’t have the answers that we were looking for, that we hoped for. So, it’s kind of a little frustrating.”

Employees with a base salary of less than $125,000, who worked six months straight for one employer during the “vesting” period will qualify for a $1,500 bonus. The vesting period is any time between Oct. 1, 2021, and March 31, 2024. Employees are eligible for two bonuses equaling a total of $3,000. The employer is responsible for tracking hours and claiming bonuses from the state to distribute to employees.

All of those details come directly from budget documents but beyond that, it’s been radio silence from the state. In a note sent to managers who are getting bombarded with questions, UR Medicine leadership said, "We are working to understand the specifics of eligibility requirements and are awaiting guidance from NYS so we can be ready to distribute the funds in the manner the state outlines.

We will share more information as soon as we learn more."

So, what’s the hold-up? News10NBC Investigative Reporter Jennifer Lewke has been asking the NYS Department of Health for an update or a timeline on when one might be available. “The framework for this new and unprecedented program is under development and more information will be available at the appropriate time,” says Erin Silk, a spokeswoman for the DOH.