HENRIETTA, N.Y. (WHEC) — The Henrietta Town Board voted to deny an application for a permit to establish a new Planned Parenthood clinic within the town on Wednesday night.

The 3-2 vote to deny comes after Henrietta residents from both sides expressed strong opinions at a Wednesday board meeting. Planned Parenthood is the largest abortion provider in the U.S.

BREAKING: The Henrietta Town board votes to DENY a special use permit application for a Planned Parenthood of Central & Western New York in Henrietta. @news10nbc

The new location was poised to be located at a plaza on Jefferson Road and the center will provide abortions to those who want one.

“It has to be a land-use decision if you want to see that change, go to Albany and get that change,” Henrietta Town Supervisor Steve Schultz said. “But the way it is right now, we are required to apply the law. You know, equally and fairly.” 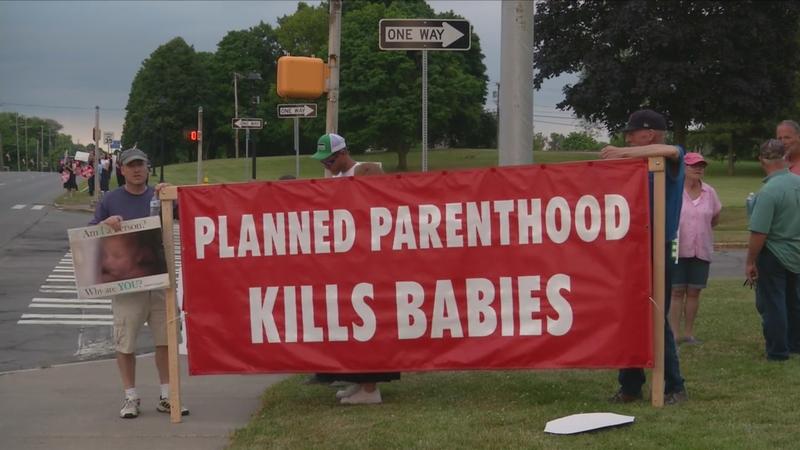 RELATED: NY officials and activists weigh in on draft of abortion opinion

It was a full house at the Henrietta board meeting as the board discussed if they will approve a Planned Parenthood location moving into town.

“We were originally looking for space in the Brighton-Henrietta area and we identified a location in Brighton to put a building, but they decided they were going to have to completely demolish the building and rebuild it,” Planned Parenthood of Central & Western New York president & CEO Michelle Casey said. “And so the cost escalation from just remodeling to completely demolishing and building the building made it cost-prohibitive for us to move in there.”

They planned to move a plaza at 376 Jefferson Road. Casey said the facility will do medication abortions to 11 weeks and in-clinic abortion service to 13.6 weeks.

“We did a market analysis and it really showed that Henrietta was the place to be because you get traffic from Livingston County,” Casey said. “So people in the southern areas have better access to care and the demographics of Henrietta are much younger.”

As the nation awaits a decision on whether the U.S. Supreme Court will overturn Roe v. Wade, those who are pro-life showed up to make their case on why the facility shouldn’t be in Henrietta.

“It is a human,” Nathanael Woodworth said. “It’s not a cluster of cells and it’s terrifying. Honestly, if you could hear the baby scream, I’m sure everybody hands down, would stop this process. It’s a life.”

“You know, it’s good to be alive and everybody that’s pro-abortion is alive. I mean, how many doctors and lawyers and politicians have we killed?”

Casey said the new Planned Parenthood would have been ready in early 2023.

The U.S. Supreme Court decision on Roe v. Wade could be made any week now. In May, news organization Politico obtained a leaked draft of a Supreme Court majority opinion that, if accepted, would return the legalization of abortion to the states. The decision is not yet final.