BUFFALO, N.Y. (WGRZ/WHEC) — Ten people were killed and three were injured in the mass shooting Saturday afternoon at a Tops Supermarket in Buffalo.

Here are the names of the victims: 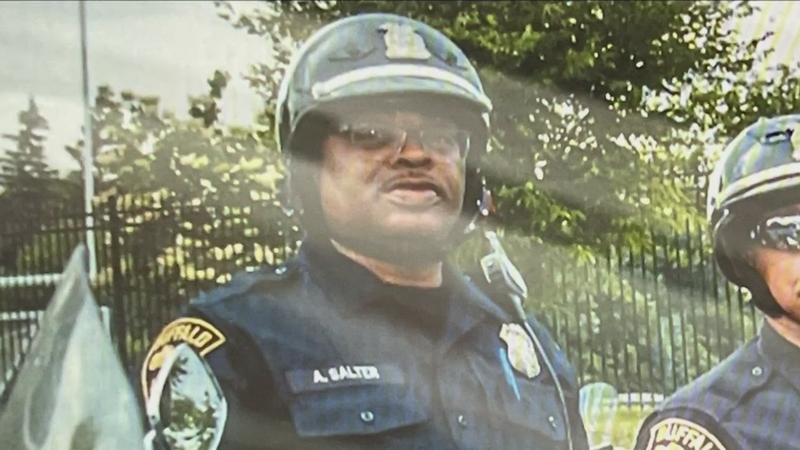 Here are the names of the victims that were injured:

The store’s security guard, a retired Buffalo Police officer is among those killed. He has been identified as Aaron Salter. Buffalo Police Commissioner Joseph Gramaglia said Salter was a "hero in our eyes."

Former Buffalo Fire Commissioner Garnell Whitfield spoke to 2 On Your Side’s Claudine Ewing Saturday evening and confirmed his mother, Ruth Whitfield, 86, was one of the victims in the shooting. Ruth Whitfield was on her way from visiting her husband in a nursing home and stopped at the store to get something to eat.

Pearly Young, 77, was killed today in #Buffalo shopping for groceries.

For 25 years she ran a pantry where every Saturday she fed people in Central Park. Every. Saturday.
She loved singing, dancing, & being with family.

She was mother, grandma, & missionary. Gone too soon ?? pic.twitter.com/dQ5X9KBJCQ

Zaire Goodman, 20, was shot in the neck but was recovering, State Sen. Tim Kennedy told a church service on Sunday. Goodman is the son of a staffer for Kennedy.

The senator released the following statement reacting to Saturday’s events:

Tonight, a member of my staff, my extended family, is at ECMC when she should be at home. She’s sitting in a hospital waiting room, because her beautiful, extraordinary son was shot while he was simply doing his job.

My full statement on today’s shooting in Buffalo is below: pic.twitter.com/QnCOEBjVts

Tonight, a member of my staff, my extended family, is at ECMC when she should be at home. She’s sitting in a hospital waiting room because her beautiful, extraordinary son was shot while he was simply doing his job.

To say that I’m heartbroken tonight doesn’t even do it justice. I’m devastated. I’m angry. And I’m thinking about the families who won’t welcome a loved one home tonight. All because an individual filled with pure evil made a calculated decision to senselessly take innocent lives. Let us be clear: this was a hate crime and an act of terrorism on our community. It was racially motivated, extremism in its most pure form.

Although we may feel speechless, we will not remain silent.

The three surviving shooting victims were all taken to ECMC. Hospital spokesperson Peter Cutler says one of them has since been discharged and the other two are in stable condition.