ROCHESTER, N.Y. (WHEC)— A local veteran was recognized Monday for his service to our country.

Hilton’s Robert Rapone, who fought in Vietnam, was inducted into the New York State Senate Veterans Hall of Fame, one of the highest honors bestowed by the Senate.

During his service career, Rapone earned multiple awards including the Purple Heart and a bronze star with valor. He was inducted by State Senator Jeremy Cooney.

In the years following his service in the army, Rapone became actively involved in several veterans organizations here in Rochester and continues to be active, years after his retirement.

.@SenatorCooney inducts Vietnam Veteran Robert Rapone of Hilton into the NYS Veterans Hall of Fame. Mr. Rapone earned a Purple Heart and Bronze Star with Valor (among many other awards) during his two tours in Vietnam. @news10nbc pic.twitter.com/rXKEDagiZo

"Very proud, very honored this is such an award," Rapone said. "I hope I deserve it, I hope I deserved it in the past and I hope I continue to do good for the community."

You can learn more about the Hall of Fame here. You can also view the ceremony in the player below, or click here. (Rapone appears around the 28-minute mark.) 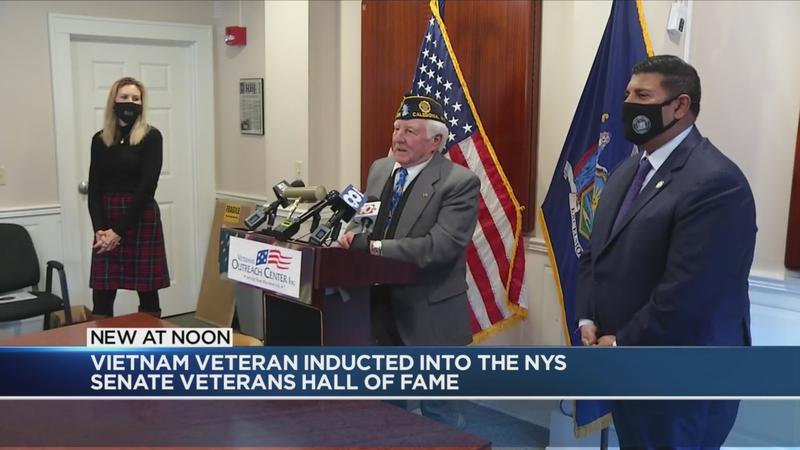