ROCHESTER, N.Y (WHEC) — The LGBTQ+ community says this year’s pride parade will be the biggest it’s ever been this year, making a significant comeback after two years because of COVID. We asked why Roc Pride week is in July and not June, which is known as Pride month.

Director of Rochester LGBTQ+ Together, Braden Reese says part of it is history.

"With Stonewall having happened in New York City in June, the anniversary of that, that’s when the big pride festival is and a lot of our local folks go to New York City for Pride,” Reese explained.

“I always tell people we’re lucky here in Monroe County, and in Rochester, we get a bonus month of pride,” Reese added. 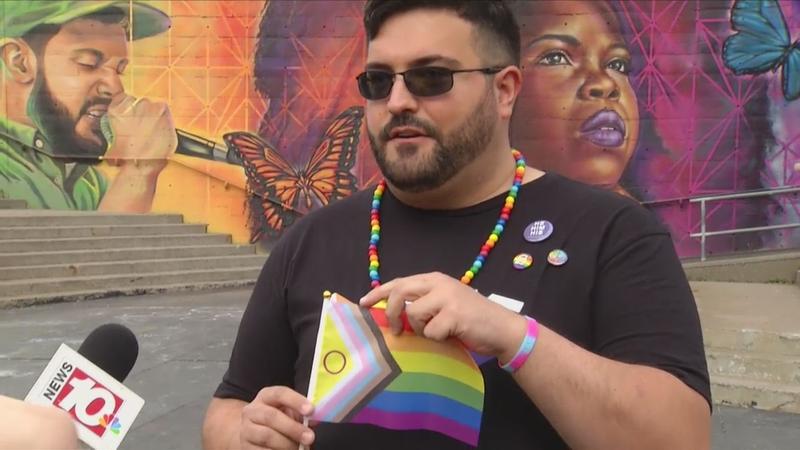 Reese says not only has pride acceptance come a long way, but the pride flag also has too. Reese held up the current pride flag and explained the colors, the symbols, and what they mean.

"It has all of the rainbow colors of the traditional pride flag as well as the black and brown stripe which is there to represent BIPOC community, as well as those lost to HIV and AIDS it has the trans color, is blue, pink, and white and then this is the part that was added to make it intersex inclusive.”

Braden says there is a lineup of almost 200 people walking in the pride parade, not including the community members who hop in. On Monday next week, a pride flag will be put above city hall.