Today, New York State is making a nation-leading $35 million investment to give reproductive health providers the resources they need.

Everyone who needs an abortion should be able to get one. We will not go backwards. pic.twitter.com/XpARmZrgrF

Gov. Hochul said as part of the executive order, $25 million will go toward abortion provider support funds and $10 million to keep health center workers and patients safe with security.

“We know that here in the state of New York, we had access to abortion rights three years before Roe v. Wade, and we saw a huge influx of people come here at that time,” Hochul said. “Now we have to be ready.”

Hochul said she’s committed to making sure there’s access to abortion care, no matter where you’re from. 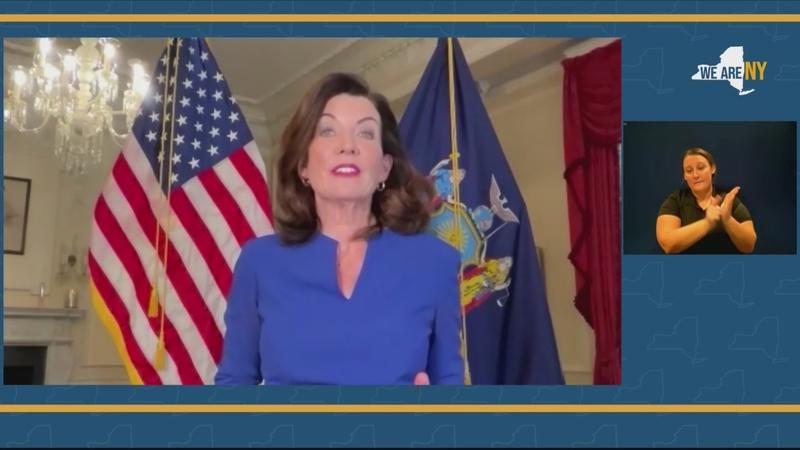 Planned Parenthood of Central and Western New York President Michelle Casey said they already are seeing women traveling in from other states.

$25 million will be made available through direct grants and reimbursements, making the funding state’s first abortion provider support which is expected to be the largest in the nation.

Another $10 million from the Division of Criminal Justice Services.

“Right now, we’re kind of struggling to provide,” Casey said. “We need more staff just to provide the care that people in New York need and so as well as trying to build our capacity for folks coming from out of state.”

Sterlace said the money needs to go toward other resources like childcare.

“It is just unbelievable that somehow, someway we have found emergency resources to help women destroy their offspring, rather than vital resources to help them choose should give them the opportunity to choose life,” Sterlace said.

Casey said right now locally they have been prepping their providers for this and said more work need to be done.

“I think it’ll help with staffing, training, patient navigation, security, infrastructure, stuff like that and we need to go to work today on this.” Casey said.

We also heard reactions from politicians on where they stand with the use of these emergency funds.

“I think it’s needed,” Assemblywoman Sarah Clark (D, 136) said. “We had a rally on Saturday, and one of the things that I mentioned is that we in New York codified obviously the right to abortion services in 2019, but it doesn’t mean access and affordability is there for everybody.”

“If we do get an influx of folks from other states, if we do get women and others in the LGBTQ community who are feeling their states are really hostile and need a place to get services, we have to be ready as a state who cares about this, who sees this as healthcare access.”
News10NBC reached out to some of our local republican lawmakers and they weren’t available.

But in a statement, state GOP Chairman Nick Langworthy said, “Kathy Hochul and Andrew Cuomo already expanded abortion up until birth, allowed it to be performed by non-doctors, and then celebrated with champagne and lighting the Empire State Building pink. The Supreme Court’s decision will not affect NYS law–this is ‘never let a crisis go to waste’ manufactured hysteria designed to distract from the absolute dumpster fire they’ve created in New York. Criminals are ruling our streets and no one can afford to live here, but once again NY Democrats’ priorities are completely out of whack with the concerns of struggling New Yorkers.”

Clark said this would constitute as an emergency situation.

“Well, I think any time there’s an emergency or a situation that is unexpected, whether it’s weather or whether it’s some sort of attack, and somewhere in our state, we always respond with emergency funds,” Clark said. “I think for women, the slippery slope of health care access and abortion access being taken away is an emergency.”

There are several other pieces of legislation already in works preparing for the possibility of Roe v. Wade being overturned.

The Supreme Court is expected to render its decision in late next month or July.

You can watch Hochul’s full announcement in the video in the player below (mobile users, click here):

A Twitter poll conducted by News10NBC found more than 60% of the 340 respondents do not support New York taxpayer money going toward abortion access.