The 44-year-old Benjamin becomes the state’s second Black lieutenant governor. The Democrat, whose district includes most of central Harlem, has focused his legislative career on criminal justice reform and affordable housing.

The role of lieutenant governor in New York has long been largely ceremonial, with the officeholders traveling to ribbon-cutting ceremonies and town halls across the state. But two recent lieutenant governors have become governor following the resignations of their predecessors.

Hochul, a Democrat, became governor Tuesday when Andrew Cuomo resigned after facing numerous allegations of sexual harassment, which he denied. David Paterson, the state’s first Black lieutenant governor, became its first Black governor when Eliot Spitzer resigned after revelations that he had patronized a prostitute. 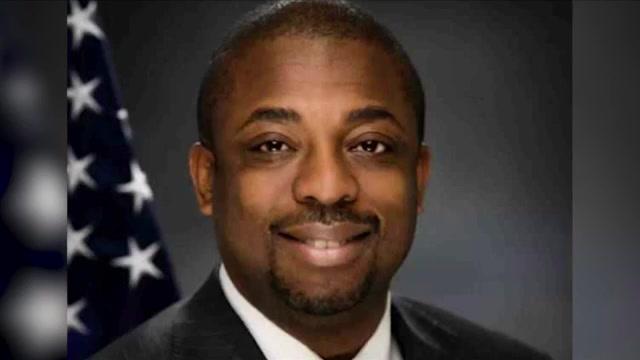 Benjamin is the son of Caribbean immigrants. He was born in Harlem Hospital and raised in the neighborhood, later earning a bachelor’s degree in public policy from Brown University and an MBA from Harvard Business School. He later worked as a developer of affordable housing. He is now senior assistant majority leader in the Senate and chair of the budget and revenue committee.

In the national uproar after the killing of George Floyd by a police officer in Minnesota in 2020, Benjamin helped push through a law to criminalize the use of police chokeholds that result in injury or death.

Benjamin has also tweeted support for defunding the police.

This year, Benjamin sponsored a bill making it harder to incarcerate people for minor parole violations. The legislation passed the Senate and Assembly but hasn’t been delivered to the governor, according to the Senate’s website.