The governor made the announcement at an event to recognize the New York National Guard for their service on and after 9/11.

The new legislation will make it easier for World Trade Center First Responders to access their benefits.

"…We signed these bills to try and alleviate some of the burdens that are in place that make it more difficult for people to get the benefits that they deserve. They truly do deserve these. And I’ll simply say this, I will continue to have your backs, because you have ours every single day," said the governor.

The laws make it easier for First Responders to apply for benefits by expanding the criteria for defining World Trade Center First Responders. And, they allow for online submissions to notify members of a retirement system that they were involved in the rescue, recovery, and clean-up operations. 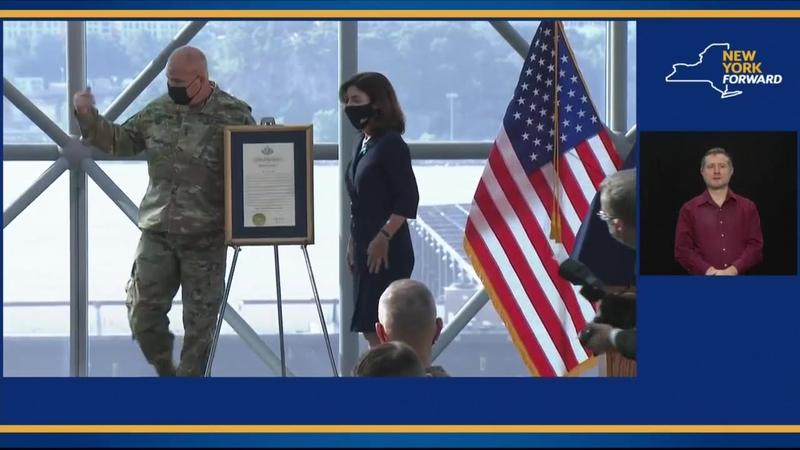 At the event honoring the NY National Guard, she has proposed legislation that would allow National Guard members to qualify as veterans under New York State law.