ROCHESTER, N.Y. (WHEC) — New York Gov. Kathy Hochul Thursday said the state will be announcing a "whole series" of initiatives to be prepared for the upcoming vaccine mandate for healthcare workers, which takes effect Monday.

The mandate was first introduced by now-former Gov. Andrew Cuomo in August and does not include the ability to test out of it. Workers who refuse risk losing their jobs.

Hochul said she and her staff are preparing plans in the event healthcare workers ultimately decide not to get the shot, but said she hopes "it doesn’t happen" and added, "it doesn’t have to happen."

A federal judge in Utica extended a temporary restraining order until at least Oct. 12, for those who claim a religious exemption to getting the COVID-19 vaccine. Hochul is holding firm on the mandate, saying Wednesday that healthcare workers who don’t get vaccinated will be replaced.

"What happens then [if the employee applies for a religious exemption] is the employee needs to prove, first of all, that it is a sincere religious belief that provides their objection to this workplace rule," said lawyer Jared Cook. 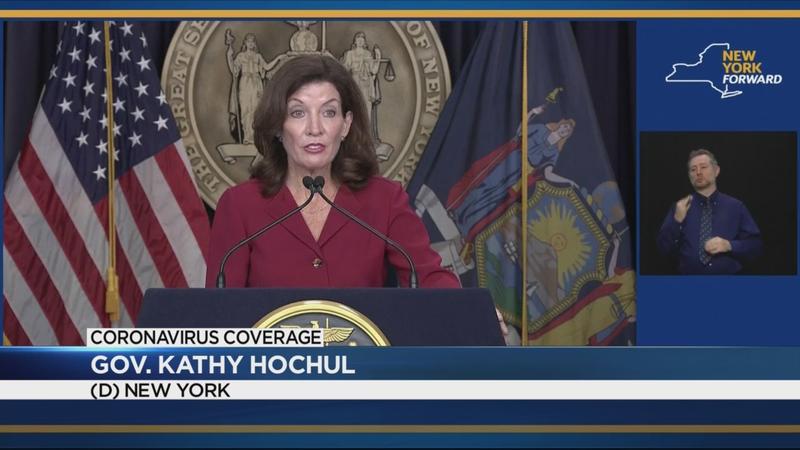 Employers, on the other hand, can say the exemption would create an undo burden and an unsafe workplace.

For weeks now, thousands of people, including some healthcare workers, have been rallying outside Strong Memorial Hospital in opposition to the mandate. One nurse told News10NBC the point of this movement is not against the vaccine, but the freedom of choice

The hospital Thursday announced it will start a two-week pause in scheduling new elective procedures, effective Monday, healthcare leaders cited staffing shortages, though they added the shortage predated the mandate. Strong’s Chief Medical Officer said hospitals are developing flexible contingency plans based on best-case and worst-case scenarios depending on how staff members choose not to get the vaccine.

According to the state’s data, the #FLX region currently has the lowest percentage of hospital bed capacity in #NYS. @news10nbc pic.twitter.com/YeTbNMUztF

As it stands, 99% of professional medical staff and 91% of all employees across the six UR hospitals were partially or fully vaccinated as of Monday.

Hochul said the state gave healthcare workers "plenty of notice" and noted the availability of the vaccine.

"We will have a deployment program that we are going to be announcing possibly in anticipation, but this can be 100% averted," Hochul said. "I’m saying that now I hope I don’t have to say it again because it would be phenomenally unfair to your coworkers, to people interested in your care, and all of New Yorkers that we will have our recovery held back by individuals who choose not to get vaccinated when we finally have this life-saving vaccine."

The lawsuit filed in State Supreme Court in Albany is on behalf of about 5,800 CSEA members and seek an injunction to halt the mandate from going into effect. It’s also supposed to go into effect on Monday, Sept. 27.

One of the initiatives Hochul mentioned is aimed at sports fans. It’s called #VaxandWin. New Yorkers who receive their first dose of the COVID-19 vaccine between Sept. 9 and Oct. 24 can enter to win prizes from the Buffalo Bills, the New York Giant or the New York Jets. Click here to enter.