56 veterans headed to Washington, D.C. on Saturday to see the memorials in their honor.

It was all provided at no cost to the vets. Three World War II veterans made the trip. There were also veterans of the Cold War, the Vietnam War, and the Korean War.

"I think being with them—I’ve never really thought about it much before but being in the presence of these guys—what a difference. It kind of gives you a lot of faith. There’s an awful lot of nice people around and I met a lot of them. It was wonderful," said veteran Bill Jolliff, from Ontario, NY.

Since 2008, Honor Flight Rochester has flown 3,490 veterans to Washington. 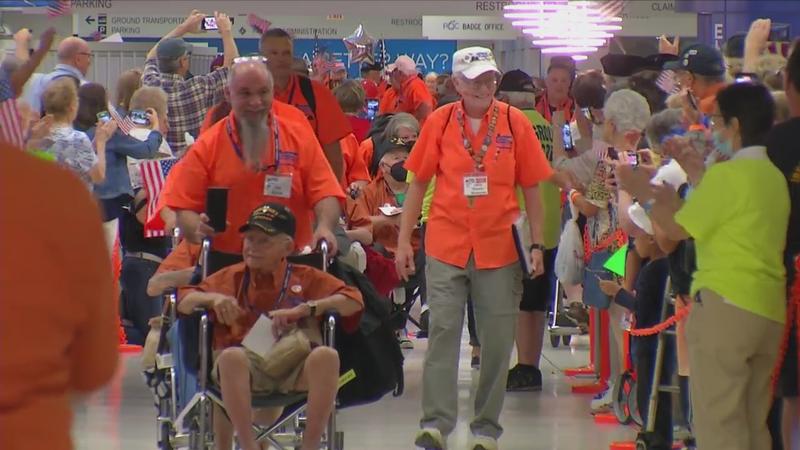