IRONDEQUOIT, N.Y. (WHEC) — Hospitals and health systems across New York are desperate for nurses. So much so, they’re changing the way they do business by allowing for flexible schedules, offering travel options and increasing bonuses and pay.

“We have seen more people leaving healthcare than I’ve ever seen in my whole career… it will be challenging, I think for the next four to six months,” Kathy Parrinello told News10NBC.

Nurses in particular are in short supply. Many have left due to burnout, retirements, the vaccine mandate and/or childcare issues. Many of those who’ve stayed in the business have opted to become “travelers”—nurses who work for an agency instead of a health system, which allows them to pick the hospitals they want to work at and essentially set their own schedules.

“Traditional contracts are 13 weeks but in the state of the global pandemic and the variety of needs popping up as things progress you could have a contract for two weeks, four weeks, eight weeks…a lot more flexibility now,” explained Johanna O’Connell Williams who used to work for Rochester Regional Health but decided to travel to Upstate Medical Center just before the pandemic. 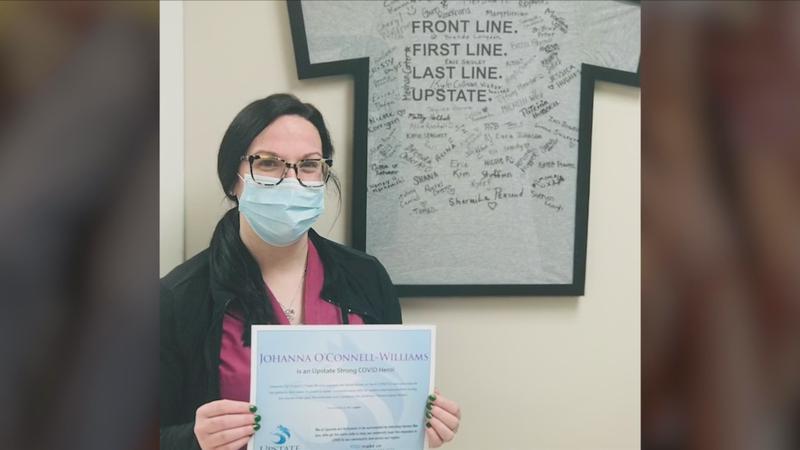 She’s continued to re-up her contract with Upstate every 13 weeks for the past 4 years. She travels to Syracuse for work four days a week and has the other three days off. Her hourly rate is more than double what it was as a hospital nurse.

UR Medicine has recently created its own travel program to try and compete, “we have our own travel at home kind of model that allows for a higher rate of pay and fewer benefits but people can choose that if they want to and stay,” Parrinello explained.

“We also know that people are coming back after travel assignments and we’re grateful for that,” added Karen Keady, the Chief Nursing Executive at Strong, “they’ve learned different things while they’ve been away so we’re also asking them to help us understand did you learn anything creative while you were out traveling and maybe we can implement that here.”