ROCHESTER, N.Y. (WHEC) — "I have no regrets" it’s one of the many statements shared Wednesday by Rochester Mayor Lovely Warren, just hours before she is set to resign from her position.

In a roughly 10 minute video posted to YouTube, Warren reflects on her time in office, which began in 2014. Warren was the first woman mayor in the city’s history. She also included a message to her daughter, Taylor.

"You will learn that life isn’t always easy, sometimes the things you hope for no matter how hard you try, won’t always happen and sometimes, you’ll be faced with a decision that seems to have no right answer, those are the moments when you have to remember to walk by faith when I myself was faced with one of the most difficult decisions in my life, I chose you," Warren said.

She agreed to resign after accepting a plea deal to a misdemeanor campaign finance charge at the beginning of October. She and two others were accused of running a scheme to defraud during her 2017 re-election campaign.

Her resignation will become official at 11:59 p.m. Wednesday. 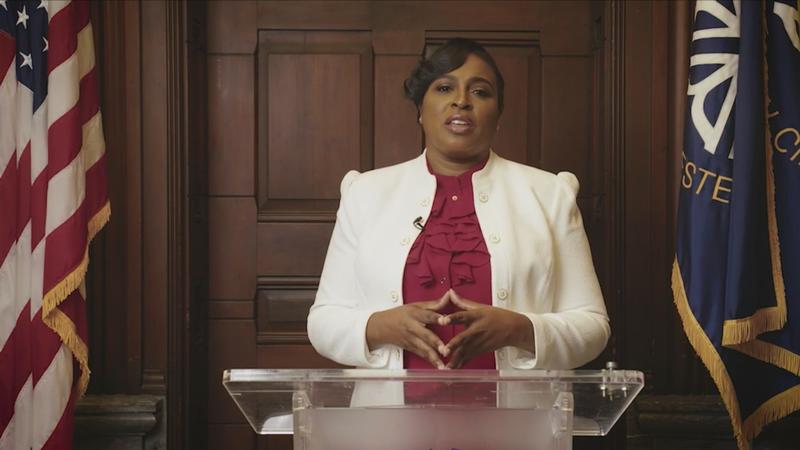 Warren also wrote a 104-page memoir called "Lovely Legacy" where she talks about her accomplishments within the city.

The day she made the plea deal, Warren posted on Facebook saying "Leaving the past behind and looking forward to a brighter future. Thank you, Rochester. We’ve accomplished a lot together, but in the end, we choose family over everything."

Warren, who was first elected in 2014 and then re-elected in 2017, said in her resignation letter that she "made a choice and I chose my family, especially my miracle baby, my daughter Taylor". She additionally said she was choosing to reflect on the positives of her terms. It’s something she reaffirmed in her written goodbye statement.

As profiled in News10NBC’s Rochester Roots segment, Warren, a Rochester native, graduated from Wilson Magnet High School. She then earned her Juris Doctor from the Albany Law School of Union University and became president of the Rochester Black Bar Association.

Warren made history in 2010 when she was elected as the youngest president of the Rochester City Council.

She was sworn in as Rochester’s 67th mayor in 2014 and was re-elected in 2017. Warren credited part of her climb of the local political ladder to the late Assemblyman David Gantt, who died last year.

Her official page credits Warren with developing several initiatives and other special projects.

As mentioned, Warren’s early exit came as a result of a plea deal. The mayor, and two of her former campaign finance officials were accused of running a scheme to defraud. The other two officials are Albert Jones and city finance director Rosalind Brooks-Harris.

Under the deal, Warren pleaded guilty to a misdemeanor campaign finance charge. The penalty she received is a one-year conditional discharge and the resignation agreement. The plea deal also covers the gun and child endangerment charges against her that stem from the New York State Police raid of her house back in May.

Prior to the plea, Warren was defeated in the June Democratic Party primary election by City Councilman Malik Evans. Before that, she, along with city staff and former Rochester Police Chief La’Ron Singletary were the subject of criticism over their handling of the death of Daniel Prude in police custody. An independent investigator concluded the city "suppressed" information from getting to the public and made "untrue statements."

Following the conclusion, Warren touted the importance of reforms within the city, and the police department. This includes reforming the city’s FOIL and Body-Worn Camera processes. Additionally, Warren developed programs like the Office of Neighborhood Safety, and most recently, the "Civilian Public Safety Interview Panel", which is set to start after she steps down.

On Thursday, Rochester’s Deputy Mayor James Smith will become the city’s 70th mayor for one month before Evans is sworn in on Jan. 1.

News10NBC Chief Investigative Reporter Berkeley Brean asked Smith about his plans for the short tenure after the announcement was made back in October.

Brean: "What can a mayor can do in one month?"

Smith: "What can’t a mayor do in one month Berkeley? I mean obviously yes, the tenure of my mayoralty will be a short one and I don’t expect it’ll be one that you’ll see a lot of policy changes or anything like that but at the same time I think my task and my duty is to make sure the citizens are served."

Smith said he respects Warren and considers her to be like family.

For Warren, she was asked Tuesday if she would seek out another political office, to which she said "who knows!?"