ROCHESTER, N.Y. (WHEC) — It’s a place where those who are struggling with an addiction can do drugs under the watchful eye of people who can help if they overdose. It’s called a safe consumption site and there’s a push to open them across New York State.

In Rochester, drug users can already switch out needles and syringes for new, free, clean supplies at Trillium Health. They’re also offered addiction counseling services if they want them. The addition of a safe consumption site would essentially add the option of doing their drugs somewhere warm and safe compared to out on the streets.

“You obviously can’t purchase drugs there, people would have to bring their own substances to the site but everything else is available to individuals everything that they would need to use that substance safely under some supervision of medical personnel,” explained Julie Ritzler-Shelling, the Director of Community Health Initiatives at Trillium Health.

Advocates believe the sites can and will save lives.

“The overdose fatalities that we’ve seen, have been because there weren’t adequate people around to reverse the overdose, there wasn’t immediate access to a person, this would change that,” Ritzler-Shelling explained. 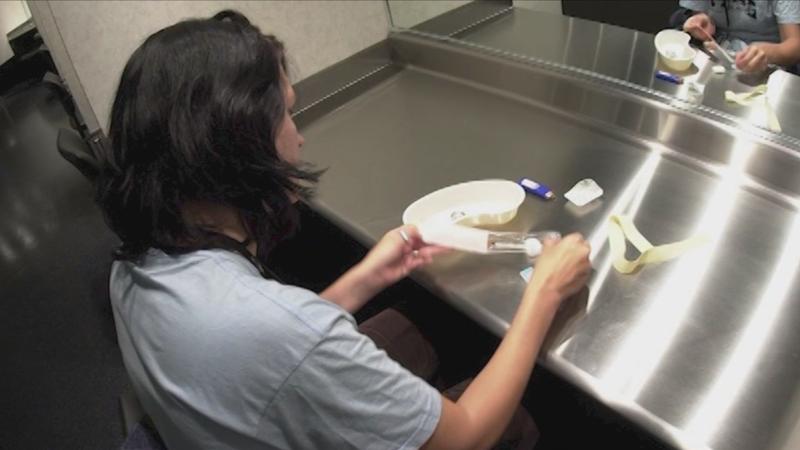 The first two safe consumption sites in the country opened in New York City late last year. Those who run the sites say they’ve served 800 people and averted 150 overdoses during the first three months in operation.

Kelly Sciarratta has been in recovery for the past 7 years, she believes the expansion of these sites state-wide could be a game-changer.

“It took me a long time to get a week (clean), it took me even longer to get a year, and it’s taken me years to get these years but I fight for this community because it very easily could’ve been and should have been me a lot of times,” she told News10NBC.

If modeled after New York City’s sites, the consumption spaces would offer individual cubicles where the users can sit to take drugs.

They’ll also have areas where they can remain while under the influence if they choose, food and information on recovery options.

“I can tell you, if you give people a safe warm place where they can use and get a sandwich they’ll come around,” Sciarratta said, “I’ve seen it, I’ve worked in the syringe exchange, I frequented there myself as a patron and a consumer of the services—being met with a smile and a sandwich as opposed to a look of disgust was world-altering.”

The full bill is below (mobile users, click here):