In-Depth: An interview with La’Ron Singletary

We know it was related to the handling of the Daniel Prude investigation, but why? It’s an answer we have wanted to hear for more than a year now, as well as more about Singletary’s role in the investigation.

News10NBC’s Lynette Adams sat down with Singletary, who is now running for Congress, challenging Democrat Joe Morelle for his seat in 2022.

Adams: "Why were you fired? What is the reason the mayor gave you… you had already given your resignation."

Singletary: “That is a question I do not have an answer to a year later." 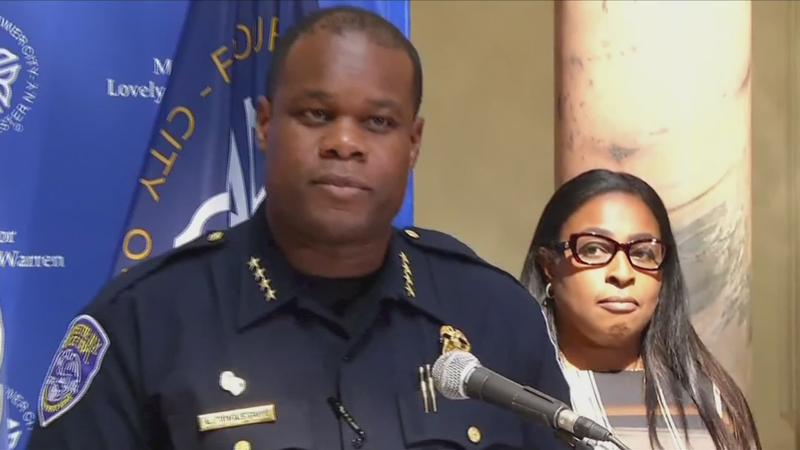 All of this is related to the investigation into the death of Daniel Prude and who knew what when and why the public only found out about it nearly 6 months later.

Adams: “Do you feel that you were the scapegoat in the whole Daniel Prude saga?”

Singletary: “You know what… I was disappointed in some of the actions of our leaders. What I will say is this… I have no, no anger over… you know things that happen. I believe things happen for a reason. But I also believe that the good Lord removed me from that situation because I was not going to put my integrity, my ethics and morality on the line and jeopardize that.”

We wanted to know Singletary’s exact role in the Prude investigation.

"It’s tragic that someone lost their life throughout the situation,” Singletary said. “Very tragic, very tragic. And you know, for me, I had to make decisions based on the law, based on ethics, based on morality, based on policy and procedure and ordered investigations that day. I ordered the criminal investigation, I ordered the internal investigation. I spoke to the district attorney that day, working with the Attorney General’s Office that day. So I did my job."

Adams: "But how do you answer the criticism that anyone who saw that video would be outraged and called for the discipline of those officers?"

“The outrage is understandable. Police work… I’ve been doing it for 20 years… it is never pretty…and unfortunately, in this case, someone lost their life,” Singletary said. “In any investigation, you have to fair… I have to be fair to the community… I can’t play politics. I can’t make a decision based on the opinions of the public.”

Singletary said he regrets he didn’t get to see any of the investigations play out but said he did his job, and the Attorney General’s report affirmed his position. But what about the mayor’s take?

Adams: “What is your relationship with Lovely Warren today?”

Singletary: "I guess when you say what my relationship is with loving Warren, I have no ill will toward the mayor. You know, I wish her the very best."

We couldn’t fit our lengthy conversation in one story, so you’ll get a chance to hear most of the rest of Adams’s conversation with La’Ron Singletary this Sunday at 10 o’clock on Rochester in Focus.