ROCHESTER, N.Y. (WHEC) – An ATM in Pittsford was ripped apart in an attempt to get money from it Friday morning.

The Monroe County Sheriff’s Office says it happened at the Chase Bank on State Street just before 2 a.m. Friday.

Deputies believe the suspect or suspects tied chains around the ATM and used a pickup truck to pull it apart. It turns out the ATM was out of order, so there was no money inside. The truck was abandoned nearby.

This is the third standalone Chase ATM that’s been hit in the past month, and in all three cases a stolen pickup truck was used to break open the ATMs.

The first incident happened in Henrietta overnight on June 16. The second happened early in the morning June 26 in Penfield. 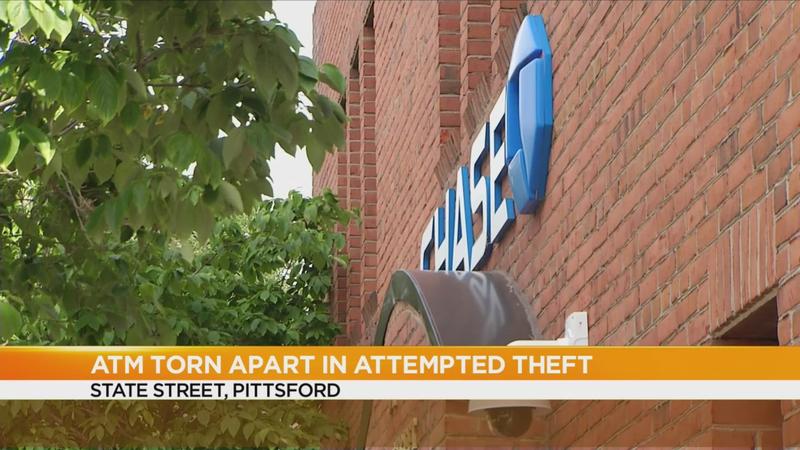 Deputies are still searching for the suspects after this third incident in Pittsford. The sheriff’s office is asking anyone with information to call 911.