News10NBC also saw a proposed law that changes the police and the way people get help. But as News10NBC went in-depth on the bill, we learned the idea takes more people, more money, and therefore — time.

It’s called Daniel’s Law, named after Daniel Prude. If it’s passed it would flip the system upside down. So instead of sending police to a mental health call, 911 would send a team of mental health counselors.

The authors of the bill say if the law were in place, that’s what would have happened with Daniel Prude last March. In cell phone and RPD body camera video, Prude said he had COVID and he was bleeding and naked when it was 32 degrees. 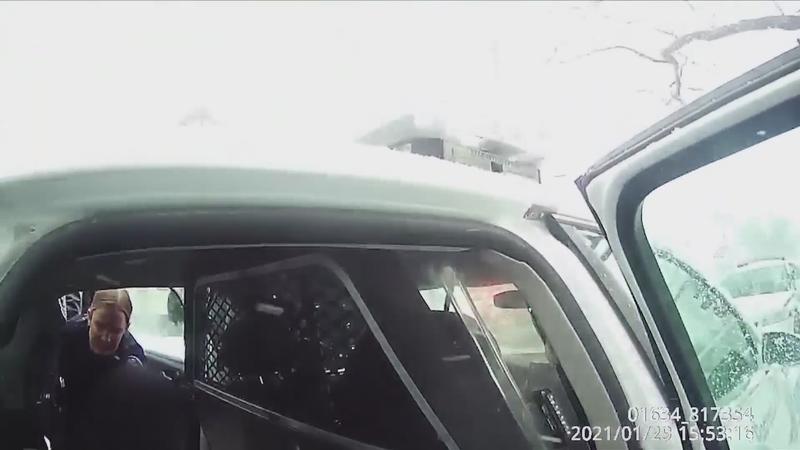 Brean: "If Daniel’s Law had been in place in March or last Friday in the city (when a 9-year-old girl was handcuffed and pepper-sprayed by at least one RPD officer, how do you think things would have worked differently?"

Assemblyman Harry Bronson, (D, NY-138): "This law would have a good chance of preventing what happened to Daniel Prude."

Assemblyman Harry Bronson sponsors the bill. On the Zoom call with him was Daniel’s brother, Joe Prude, who, last March, called 911 twice to get Daniel help.

Joe Prude: "Then the situation with the 9-year-old girl, come on. How much more does the government have to see that this is not to be tolerated?"

The 9-year-old girl was handcuffed and pepper-sprayed by police last Friday. That call came in as a stolen car, not a mental health crisis. The NYCLU says Daniel’s Law takes that into consideration.

Lee Rowland, NYCLU: "And the bill specifically contemplates having the police then call in the mental health response unit if indeed a situation were to pivot like that."

Ashley Gantt, Free the People Roc: "But I also want to add this Daniel’s Law is not the end-all, be-all. This just the beginning. And along with Daniel’s Law, we need police accountability."

That’s one of the changes in the city’s police reform draft.

It calls for changes to state law to be able to fire police officers for cause and redo the union contract.

Brean: "Do you think law enforcement and police departments will be on board with (Daniel’s Law)?"

Pat Phelan is the former Greece Police Chief. He’s now the head of the state association of police chiefs.

The problem is getting people to do it.

There are approximately two dozen people assigned to the mental health intervention units in the city (PIC) and county (FIT) right now.

Approximately 4,300 ended up being mental health situations where police took the person to the hospital. Those are known as mental health transports or MHTs.

Phelan: "That’s about 30 times a day throughout Monroe County."

Assemblyman Bronson, the sponsor of Daniel’s Law, was asked how many people are needed to fulfill the mandate of the law.

Bronson: "Yeah I’m not prepared to give a number at this point. We know we need a hell of a lot more."

Police: "Ah, are they violent?"

Dispatcher: "No they aren’t."

Dispatcher: "You said the PIC Team?"

Dispatcher: "I’m sure you know, the FIT team is only doing phone calls after hours."

The system also currently does not send PIC and RPD to the same call.

This is why advocates like Stanley Martin, from Free the People Roc, talk about moving money out of the police department.

She references the girl pepper-sprayed by Rochester police last week.

Stanley Martin, Free the People Roc: "We have to ensure that it’s successful by allocating adequate resources and funding so the situation we saw with the 9-year-old child doesn’t happen again."