In-Depth: Here’s how and why the plea deal for Mayor Warren came together

ROCHESTER, N.Y. (WHEC) — We wanted to understand how and why the plea deal with Mayor Lovely Warren came together. The mayor took it and a guilty plea in exchange for no serious punishment in her campaign finance trial.

Her resignation was not part of the original offer from the district attorney when it was made on Friday night.

Two people in a position to know told me resignation didn’t get put on the table until Monday morning when the trial was supposed to start.

It wasn’t until Mayor Warren arrived at court Monday morning that the plea offer from the DA’s office included a demand that she resign.
Sources told me the DA wanted the mayor to resign immediately.

The counteroffer from the defense lawyers was — the day after Christmas. 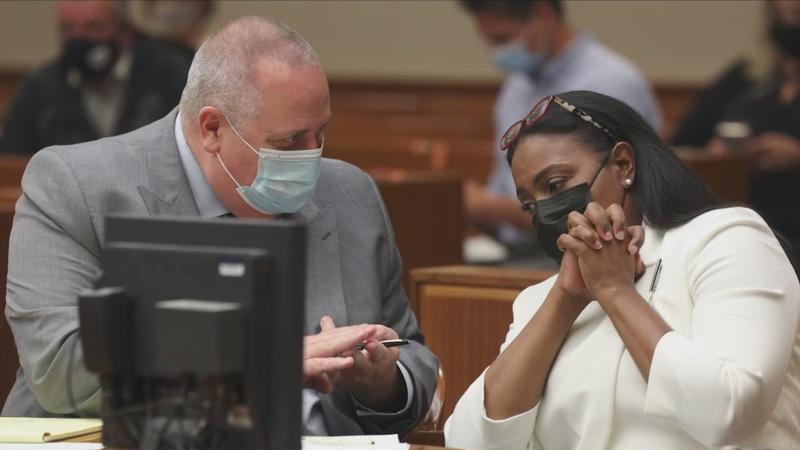 After hours of negotiating, they settled on Dec. 1.

Assistant District Attorney Jacob Ark was one of the prosecutors on the case and I pressed him on this after the guilty pleas.

Brean: "What date did you want the mayor to submit her resignation?"

Ark: "I’m not going to answer that. We got a resolution here today that says December 1st."

Brean: "It was before December 1st. Part of the negotiation is that it would be December 1st but you guys wanted it before that. Is that a fair statement?"

Ark: "There were a lot of negotiations throughout the day and we came up with the final determination of December 1st and that’s all I’m going to say about that."

By pleading guilty, Mayor Warren cleared up the campaign finance charges against her and the gun and endangering felony charges that were filed after her home was raided in May.

That was part of a New York State Police drug investigation into the mayor’s husband. He is charged in federal court.

We reached Monroe County District Attorney Sandra Doorley on the phone and asked her about the deal that helped the mayor avoid fines and punishment.

Doorley: "I’m well aware that there are a lot of people who disagree with what happened, but after spending in upwards of almost three years working on this case, I knew this was a possible resolution to begin with."

Doorley: "And I don’t want this, her to lose her child and that was something that weighed on my mind."

Doorley: "There was a part of me that thought – you know what? Let’s just get this over and let this community heal and we’ll move forward from it."

Doorley: "Did she get a better deal than anyone else? No. But there were things I took into consideration when coming up with what we thought was fair in this case."

The guilty plea does not impact the mayor’s pension but the Office of the New York State Comptroller says the mayor only has 18 years in the system. You need 20 years to get the maximum payout.

Her plea does not bar her from running for office again. The mayor’s campaign account has about $4,300.17 in it.