In-Depth: How childcare investments in the budget may help your family

ROCHESTER, N.Y. (WHEC) — If you’re a working parent, if you can find childcare, it’s likely one of your largest weekly expenses. Investments made in the new New York State Budget may help relieve some of that stress.

There was a shortage of available childcare slots across the Finger Lakes Region before the pandemic but the situation has gotten even worse during it. Many parents, particularly women have been driven out of the workforce but new investments in the budget are attempting to change that.

Faith Schumacher has a 15-month-old son named Connor and it’s been no small task to find childcare for him.

"We were very worried about it, we were told we needed to start looking for childcare pretty much as soon as I found out I was pregnant which we did and Connor was on the wait-list for probably about 20-25 daycare centers,” she told News10NBC.

Schumacher’s friends, whose babies are around the same age, haven’t had much better luck. 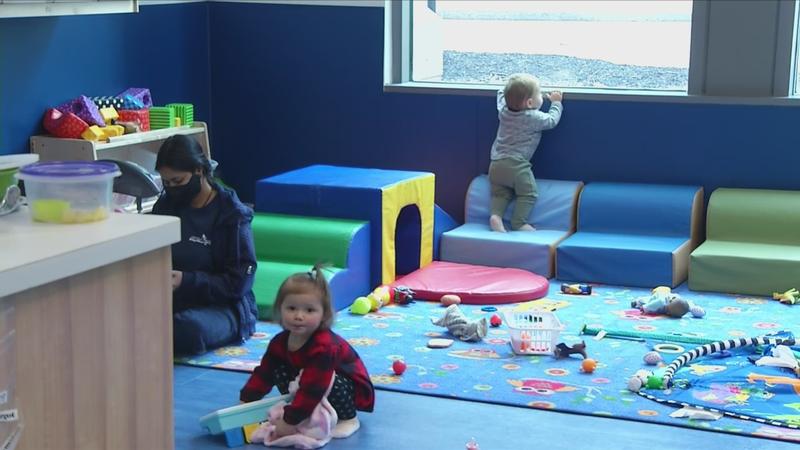 “I had friends that had to go part-time, they only had space on like a Tuesday and Thursday and they had to find other options for Monday, Wednesday, Friday,” she said.

Generations Childcare just built a brand new childcare center in downtown Rochester but it’s not currently accepting new children, not because it’s filled to capacity but because they can’t find enough employees to staff it.

“They can go to Burger King and make $17 or $18 an hour and when I hire them as an assistant teacher, I might be paying them in the $14’s but it’s not $18 and those few dollars make a big difference to people living paycheck to paycheck,” said Jeanie Harris, the Program Operations Manager.

That’s where the NYS legislature comes in. In the new state budget, a record investment has been made to try and help both parents and providers. Fifty-five percent of families in Monroe County will now be able to qualify to have a large portion of their weekly daycare payment covered by the state.

Licensed childcare providers are now able to get grant money to help bump pay to those who are providing the care either with increases in hourly rates or bonuses.

NYS is still putting these programs together. The hope is that providers will be able to access the money as soon as possible so they can get more employees in the door and open up more spaces for children.

Generations Childcare is hoping to get its downtown location closer to capacity in the coming months.