City Council created the PAB in 2019 after city residents overwhelmingly voted in support of its creation, but it hasn’t been able to accept complaints until now.

People can file complaints on the PAB’s website, their hotline at 585-557-2494, or by emailing PAB@CityofRochester.gov.

Duwaine Bascoe, acting manager of the PAB, said a case manager will contact someone within 24 hours once they file a complaint. He said accepting complaints is an important first step but the board still needs to make more progress on being able to investigate complaints.

“Let’s be clear, this is not the finish line. There is much more to be done and we’re eager to move forward hand-in-hand with the community,” Bascoe said. 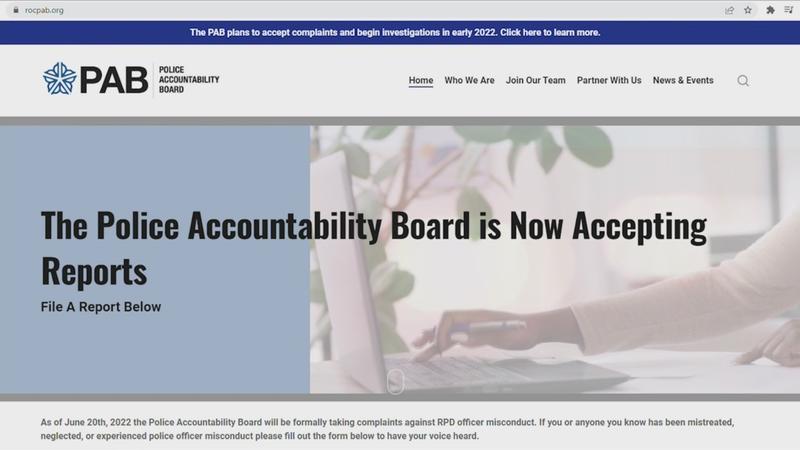 The PAB’s start in the complaint accepting process comes after staffing changes. PAB chair Shani Wilson stepped down on June 10 and PAB director Conor Dwyer Reynolds has been on administrative leave since May 13.

Wilson resignation came after PAB Director Conor Dwyer Reynolds published comments online accusing her of sexual harassment and then retaliating against him when he reported it. Reynolds said the retaliation is why he is on administrative leave

Wilson said she did nothing wrong. The president of City Council said Reynolds’s administrative leave was related to "a number of Human Resource related complaints."

Bascoe is currently serving in the place of Reynolds. News10NBC Investigative Reporter Jennifer Lewke spoke with him on Monday.

Jennifer Lewke – Do you worry that that has hurt your credibility at all with the public knowing the trials that your own agency has been through in the last couple of weeks?

Duwaine Bascoe – I think that the more we get to do her job the more the public and see exactly what PAB is, PAB is bigger than any one person, bigger than any one board member. There’s a staff of dedicated people that are really looking forward to doing the job that they were hired to do.

Jennifer Lewke – So, how will the process work?

Duwaine Bascoe – We’ll contact the necessary witnesses, review any type of evidence that the individual can provide to us and request to question any of the officers that were involved in the matter.

Jennifer Lewke – and how much cooperation are you expecting from the police department?

Duwaine Bascoe – Well, we’ve had meetings and back-and-forths with RPD and we have gotten assurances from them in regards to the sharing of information and in regards to making officers available…there are still some details to be worked out.

Jennifer Lewke – Are you confident that you can execute your work the way you hope for without those details being fully firm at this point?

Duwaine Bascoe – We’re actively working out those details and I believe that insurances that we’ve been provided that will be able to fully do our job.

Jennifer Lewke – How much teeth I guess, do you feel this organization has if you don’t at the end of your investigation have the ability to discipline or suggest a discipline for particular officer?

Duwaine Bascoe – Well, not having disciplinary powers is one thing, suggesting disciplinary consequences for an officer is quite another and we believe that sunlight is the best disinfectant.