In-Depth: Why don’t all police have Tasers?

ROCHESTER, N.Y. (WHEC) — News10NBC listened to radio calls from early Wednesday morning just moments before a Rochester Police officer shot and killed a man approaching him with a knife.

The radio calls show police at the scene called for a Taser.

It did not arrive before the man was shot.

We were surprised to learn that not every police officer has a Taser.

So we set out to find out why. 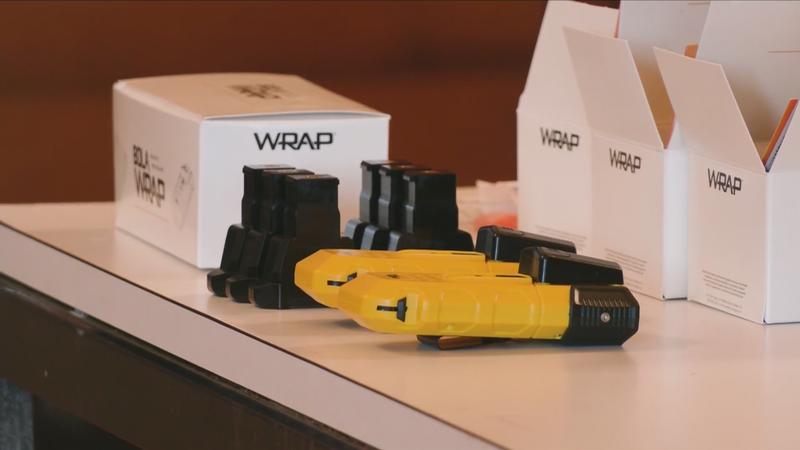 Having a Taser is voluntary for the officer and department. Only officers trained can carry them. They’re expensive, and there are no state rules about having them.

So some departments have a lot and some barely have any.

As police backed up facing a man with a knife, they radioed to have an officer with a Taser come to the scene.

Fifty-eight seconds later, the RPD officer with a Taser said he was on his way.

The shots were fired before the Taser arrived.

The union for Rochester police officers says one out of every three RPD officers on the road has a Taser.

Brean: "Pat I think would be surprised when they hear that not every police officer has a Taser. Why is that?"

He was the chief in Greece for six years.

Brean: "When you were running the Greece Police Department how many of your officers had Tasers?"

He told me about 70 out of the 100 staff in Greece police had Tasers.

Of the 743 deputy positions in the Monroe County Sheriff’s Office, 280 have Tasers. Of the 206 road patrol deputies, 66 have Tasers.

In Buffalo, only the SWAT team carries them.

In January Buffalo Police started testing something called a BoloWrap. It’s a wire with fish hooks that wraps around a person’s arms and legs.

Buffalo Police told me Tasers cost between $50 to $100 per officer, per month plus annual training and replacements.

Phelan says cost is a factor.

Phelan: "That is something that is lost on a lot of people. People don’t understand that we don’t have this magic pot of money to provide all these things to our officers. We have to make decisions about what we purchase."

A bean bag gun arrived at the scene in Rochester Wednesday morning, but radio calls show it got there 11 seconds before the shots were fired.

RPD says it’s running down stats on Tasers. It does not have a rule that says it must have so many per shift.