Five of them are convicted murderers, but Cuomo said they’ve all demonstrated evidence of rehabilitation and a commitment to their communities.

The following people had their sentenced commuted

Lawrence Penn, 51, a veteran who pled guilty to first-degree falsifying business records in 2015, and was incarcerated for two years, was pardoned.

News10NBC checked and none of them appear to be involved in crimes in our area.

Each one served at least 28 years in prison. 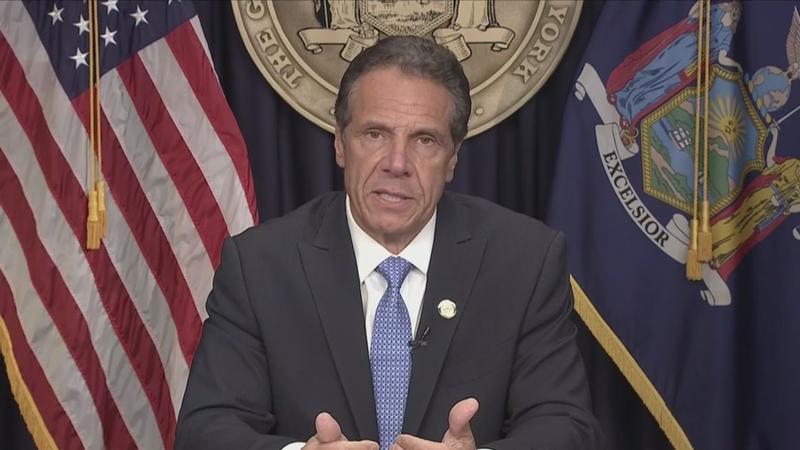 Four had their sentences commuted, while one was referred to the parole board.

In response to the move, the President of the Monroe County Association of Chiefs of Police, Jim VanBrederode said

"Last night, our outgoing New York State Governor Andrew Cuomo provided clemency to five (5) convicted murderers. As law enforcement executives in Monroe County, we are extremely disappointed and appalled by this lack of sensitivity to the families who have been traumatized by these murderous acts. Words cannot express our sympathies to these families.

As Monroe County Police Chiefs and Monroe County Sheriff, we have experienced the pain and trauma a family goes through after a loved is intentionally murdered. Our departments work diligently in attempting to solve each murder with the end goal of finding justice for the family. Additionally, it is our role as Law Enforcement Executives to promote trust that the New York Criminal Justice System will deliver appropriate punishment. Clemencies like these, undermine the whole criminal justice system and leave us in an awkward position.

The victims of these crimes deserve better. Our focus should remain with them, as the system has now needlessness re-victimized these families. We stand with those directly and indirectly impacted by this clemency. This decision shocks the consciousness of our profession, society and the silent victims who cannot advocate for themselves."

“We are overwhelmed with happiness for the five incarcerated people granted clemency by Governor Cuomo, some of whom are beloved members of the RAPP family. While our heart breaks for those who did not receive good news today, we double down on our commitment to keep fighting for their freedom. Despite what happened tonight, the fact remains that incoming Governor Kathy Hochul will inherit an indefensibly racist and brutal prison system and we are hopeful that she will lead our state toward a more humane system of justice for marginalized New Yorkers by using her clemency powers and championing parole reform.

Power to the families of incarcerated people, who shoulder so much of the burden and whose love and labor keep our collective fight alive, as well as the many grassroots activists, attorneys, and the students at the CUNY Defender Clinic, whose unyielding advocacy and commitment to the ideals of redemption and compassion help all of us to build a better world.”