ROCHESTER, N.Y. (WHEC) — A Rochester man accused of breaking windows with a stolen riot shield at the U.S. Capitol Building during the Jan. 6 riot is seeking release from jail in a new filing.

Dominic Pezzola has pleaded not guilty to charges of conspiracy, assault, impeding officers, civil disorder, obstruction of proceeding, robbery of personal property, aiding and abetting in his alleged role in the riot.

Pezzola has been in jail for the past five months and a new filing claims he needs to get out.

The document lists three main reasons as to why:

The first is his treatment in a D.C. jail where he has been held without bail for months. 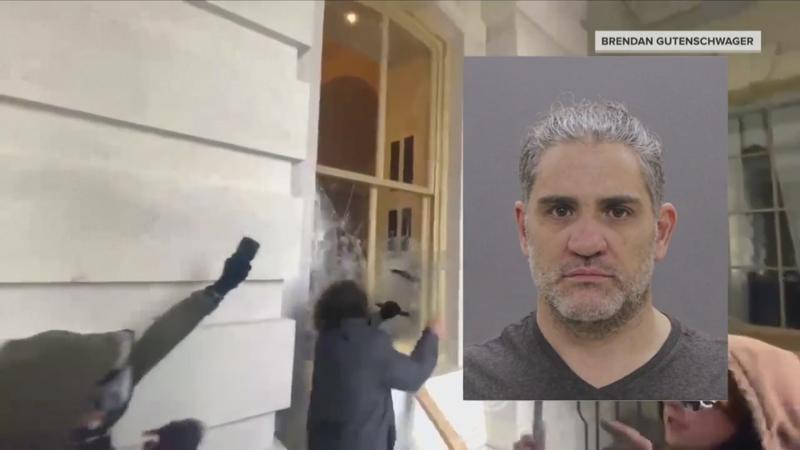 It alleges the jail has violated his human rights, that Pezzola has been moved from regular housing to the "hole", which is the box or special housing unit.

It also details how those who are in the D.C. jail facing charges from the Jan. 6 riot are treated differently than all other prisoners and have no access to personal hygiene tools.

The second reason is his right to effective assistance of counsel. He says he’s not able to talk to his lawyers in a confidential setting and participate in his own defense with no access to discovery material. He’s seeking access to a laptop.

The third reason detailed is the presumption against bail for pre-trial detainees. His lawyers say that the government is not able to prove Pezzola is a flight risk or a danger to the community, pointing to the fact that he is a veteran, a business owner and lives with his wife and children.

In a court filing, the government suggests Pezzola and other people it claims are members of the Proud Boys were part of a coordinated effort and that they wore earpieces during the riot and went incognito, not wearing their original colors, so they could sneak into the Capitol.

Read the full document below:

Pezzola Filing 7_12 by News10NBC on Scribd