Increase in COVID cases among children in Monroe County

ROCHESTER, N.Y. (WHEC) – Monroe County leaders are urging parents to check their children for COVID symptoms before sending them to school or social activities.

Health Commissioner Dr. Michael Mendoza says cases among children have been making up a larger percentage of positive cases. He says some students are arriving at school with what their families believe are allergies, but actually may be a sign of another illness.

Mendoza says the spike is due to end of summer travel and social gatherings outside of school. While there doesn’t appear to be any link to sporting events, Mendoza is reminding students to wear their masks at pre and post-game activities. A plan for regular testing in schools is coming together with a goal of being up and running the first week of October.

As for the county’s overall numbers, there were 213 new cases reported Thursday with a seven-day average of 193. But Dr. Mendoza says those numbers need the context that we’re seeing more testing, and the actual percent positive is not increasing.

During their weekly COVID briefing, News10NBC asked County Executive Adam Bello about plans for the upcoming Rochester Amerks season and other activities at Blue Cross Arena, following this week’s announcement of vaccine mandates for fans attending Bills and Sabres home games in Buffalo. Bello said they met with Pegula Sports & Entertainment Thursday morning and will have an announcement in the coming days. 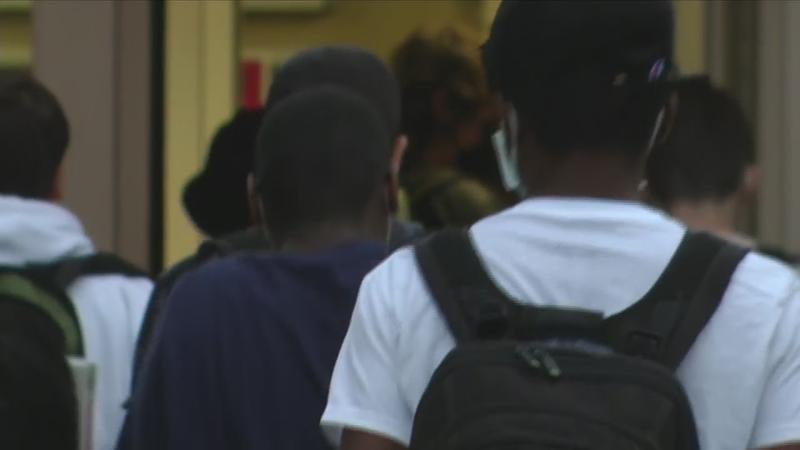 The Amerks have a pre-season game scheduled for Oct. 10, but there is an All Elite Wrestling event at Blue Cross Arena on Sept. 29.