ROCHESTER, N.Y. (WHEC) — The Biden Administration continues to feel the pinch of the country’s inflation crisis. President Joe Biden now says the shortage of auto parts is to blame for at least one-third of the inflation.

News10NBC talked to two local business owners that are facing similar problems as they try to keep their businesses afloat, and their customers happy. With prices for provisions, and supplies constantly on the rise many businesses are struggling to cover their own costs without passing it on to the consumers.

It may be the dead of winter, but the upcoming start of wedding season is just around the corner. Caitlin Kenyon, Marketing Manager for Under The Arbor Bridal in Fairport said the current inflation has an effect on the business. The cost of fabrics just keeps on rising.

"We’ve seen it in designers choosing to discontinue certain types of products because the cost of producing them just isn’t worth the struggle anymore," Kenyon said.

Businesses now are struggling to pay more for their products without raising their prices at the same time. Kenyon says it’s no different in the wedding industry. 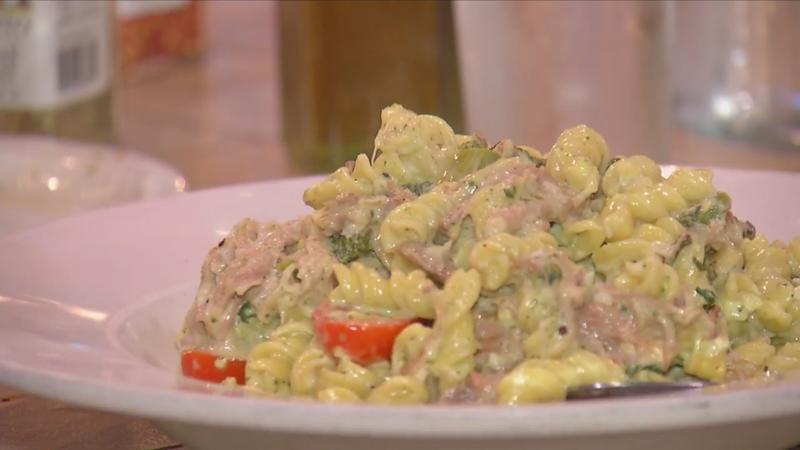 "Of course, we don’t want it to have to affect them especially with something as delicate as a wedding. You know it’s already a big spend, and we want our customers to not feel the effects of it this much," Kenyon said.

Inflation also has its claws on restaurants. Don Swartz, Operations Manager at Venetos Wood Fired Pizza and Pasta tells us that combined with the ongoing supply chain issues, paying for and getting certain products such as wines, cheese, olive oil, and eggs costs him 10% to 15% more.

"Some of our stuff is imported from Italy," Swartz said. "So add that to the equation, and obviously they’re having their own supply problems in Europe so that affects us."

Swartz not only will shell out more money for products, he said his customer will not see any price increases or smaller portions on their plates.

"We do large portions, and I will continue to do that. You know we’re noted for big portions," Swartz said.

"Certainly if a business can avoid a price increase now it’s probably good for their business, but it’s not good for their bottom line. They can sacrifice some profit for a while, but not forever. Businesses need to pay their employees, pay their taxes, pay their rent. They need profits to do that," Conboy said.

As of late Friday afternoon, the current rate of inflation is about 5.39%. Conboy said over the last several months, rates have fluctuated anywhere from 4% to 6%.