PHELPS, N.Y. (WHEC) — A local contractor is facing charges after deputies say he took someone’s money for a job he never did.

Kevin Hall of Newark is charged with grand larceny.

Investigators said back in July, Hall took more than $46,000 from the victim to build a garage in the Town of Phelps.

Hall is accused of using that money for something else.

He was arraigned and released. 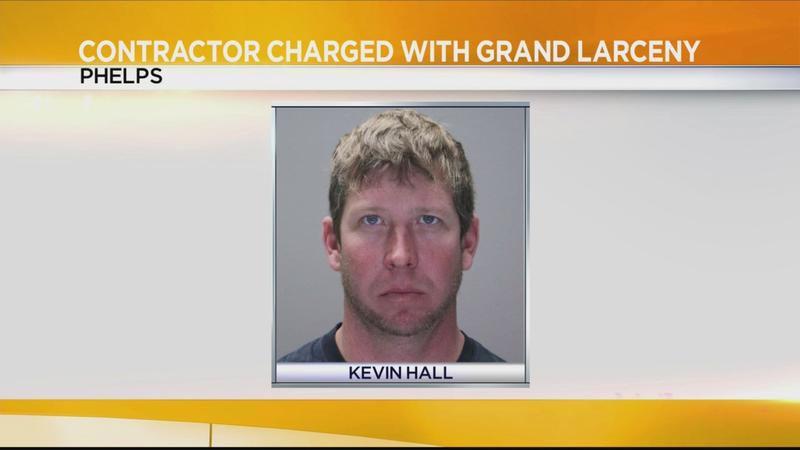