ROCHESTER, N.Y. (WHEC) – A Rochester man was gunned down while walking on Wellington Avenue Friday morning. Investigators say 22-year old Shaquan Parker from Rochester was targeted when he was shot.

This shooting is the city’s 38th homicide, and people in the community say their scared for their safety.

"It’s frightening, it’s very frightening. A lot of people don’t got cameras on their homes so we don’t feel safe at all," said Tia Kirkland.

She says she was just down the street sitting in her car when she heard a popping noise.

She agreed to talk to us if we didn’t show her face on TV. She continued with what she saw. 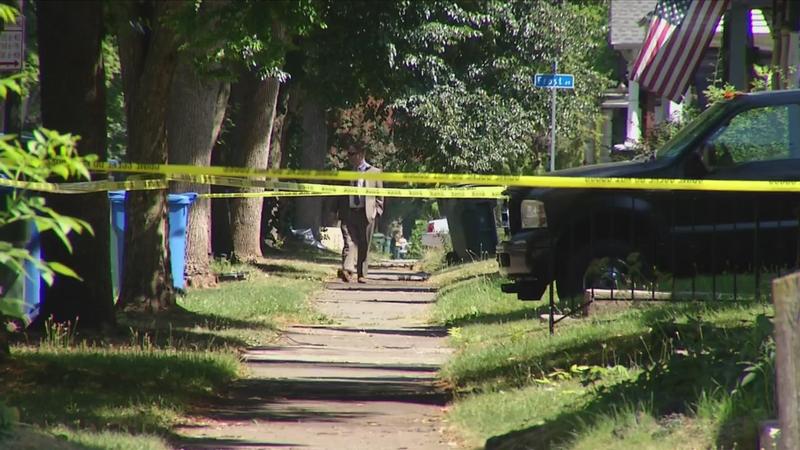 "I seen one of my neighbors running so that made me go and run, but I came back home, and then it started happening again. That’s when I ran down the street, what’s going on, and after some time the police told me that a young man had got shot," said Kirkland.

Rochester Police say Shaquan Parker was walking along Wellington Avenue. Although he doesn’t live on that street, police believe he was targeted.

Lieutenant Greg Bello said, "Preliminarily, our understanding was, male was somewhere out on the sidewalk in front of the house. We located him deceased in the back of the house."

Kirkland added, "The most painful part of this whole situation is that, that baby got hurt like that, and I could only imagine what his mom is about to be feeling. He was a baby."

Police say shootings like this in broad daylight had to have been witnessed by someone.

"Anybody that has information on this, and is not coming forward with that information is in my mind just as guilty because we need as a community everyone needs to say that this violence is unacceptable, and do their part to put an end to it." said Bello.

Police say Parker does not have a criminal past, and no known criminal associations. They are also asking for anyone on Wellington Avenue to come forward with any video they have.